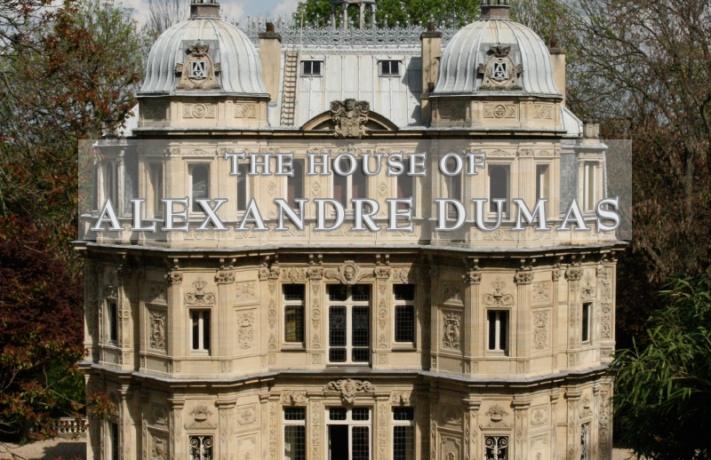 The Three Musketeers and The Count of Monte Cristo are two of my favorite French pieces of literature – both written by the great Alexandre Dumas. Knowing this, M planned a secret trip the last time we were in Paris to visit his house, also known as the Chateau Monte Cristo.

The house was built by Hippolyte Durand on a piece of land that was previously used as a vineyard near Saint-Germain-en-Laye (about 20km west of Paris). It was finished in 1847, one year after Dumas completed The Count of Monte Cristo . The property includes two buildings – the main house and the Chateau d’If (named for Edmond Dantes’ chateau in The Count of Monte Cristo), a small structure that Dumas used as his writing sanctuary.

After only a year, Dumas’ fortune ran out and he was forced to sell the property. He had spent all of his money on a lavish lifestyle and women (it is said he had as many as 40 mistresses).

Both the main house and the Chateau d’If are quite small – neither qualifies as a mansion – but they each feature unique rooms and exhibitions. You can see the “Moorish Salon,” a room with intricately carved walls and ceilings and Tunisian inspired furniture as well as Dumas’ writing table and several unique copies of his work.

In addition to his prodigious career as a writer, Dumas was also an avid cook. He often prepared original dishes for his guests and he even wrote a cookbook! Alexander Dumas’ Dictionary of Cuisine

Photos are not allowed inside the house, but you can take all the photos you please of the exteriors and his many lovely gardens. It’s a great place to walk around and enjoy an afternoon outdoors (the surrounding village is also quite nice).

Previous post:
6 Cues Adult Language Learners Should Take From Children
Next Post:
A Review of Flashsticks + 9 Fun Ways to Use Them