The Batu Caves in Malaysia 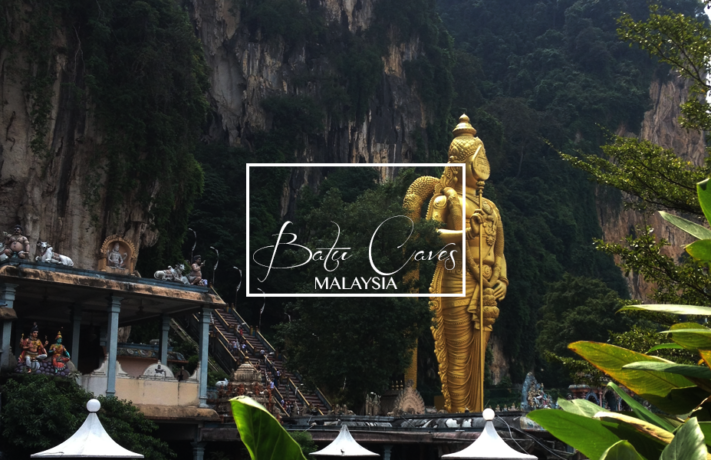 While I was in Malaysia earlier this month, I did not have much time to visit the area as my schedule was full with the event for which we were there visiting. We had one afternoon where we had the opportunity to drive into Kuala Lumpur from Putrajaya, and after visiting the city, we decided to take a twenty-minute taxi ride to a site I had hoped to visit while we were there. And thus began our adventure to the Batu Caves.

The Batu Caves are a series of caves and Hindu temples dedicated to Lord Murugan, the Hindu god of war, wisdom, victory and love. It’s said that if a husband carries his wife up the stairs to the temple, they will have a blessed marriage and although we didn’t see any newlyweds making the journey, we did see numerous visitors carrying heavy items, small children and pots up the stairs barefoot while evading monkeys, banana peels and distracted tourists. Many of them also made the trip barefoot!

The caves were said to have formed 400 million years ago, and although they were used both as shelter and as a source for bat guano (crop fertilization), it wasn’t until the 19th century that the caves began to be used as a temple.

A decent population of monkeys have also made their home amongst the caves, finding easy meals as they steal food from unsuspecting visitors. As our taxi cab driver told us, the monkeys at the Batu Caves were unusually “naughty” and you had to be careful because they were quite territorial.

There are several festivals that take place at the Batu Caves each year, although there were none going on while we visited. I’ve heard from others who have visited, however, that during certain festivals, religious devotees pierce themselves with small skewers, hooks and spears – ouch.

Overall the caves were beautiful and making the trek up the enormous staircase was definitely worth the breathtaking view at the end of the caves. If you plan on visiting, make sure to wear a long skirt, longer shorts or pants (that don’t drag, there’s lots of cave water). It’s also a religious site, so I also recommend covering your shoulders. It’s requested at the site, but many visitors ignore the clothing requirements. I also suggest arming yourself against mosquitos and wearing comfortable shoes. You should also bring bottled water.