Culture & Cuisine, Get by in Croatian 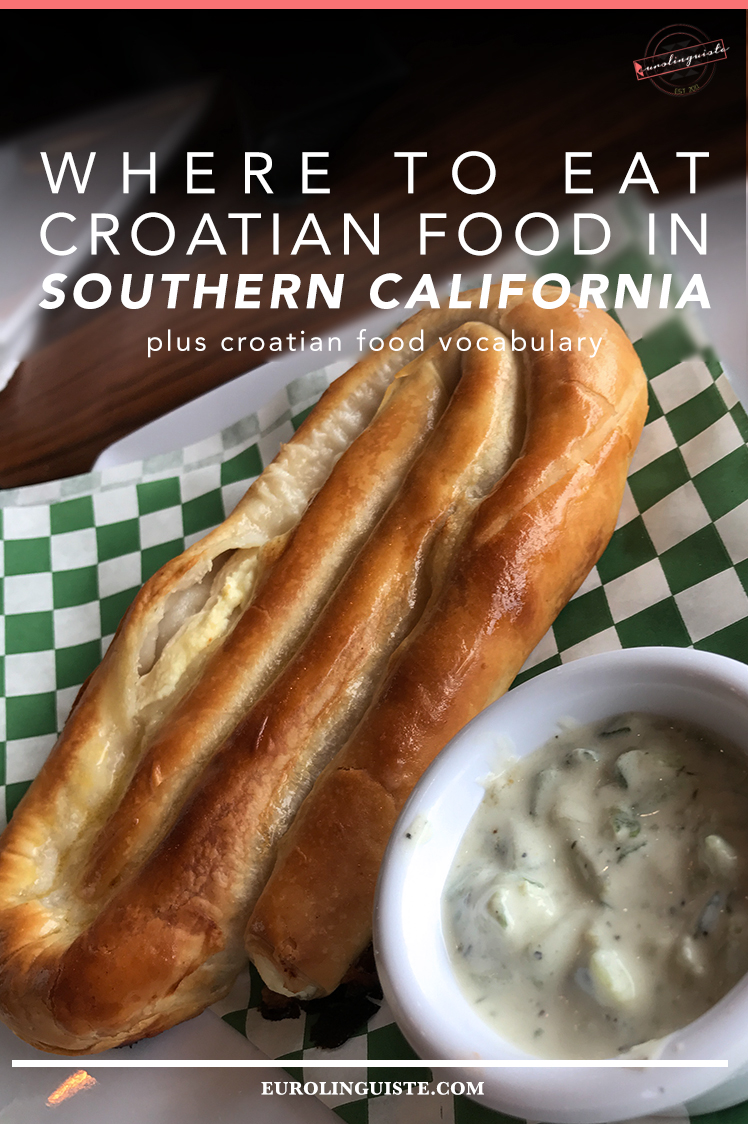 Los Angeles is often deemed the cultural hub of the Pacific Rim. Its inhabitants speak more than 224 recorded languages,  so it’s no surprise that restaurants in and around the area reflect this diversity.

Growing up, I unknowingly ate quite a few Croatian dishes. These were recipes that were passed down and that were just things my dad made when he was in charge of dinner – sausages, cabbage rolls, homemade bread, the works.

As I grew older, I also grew more curious about the foods he viewed as “comfort foods”. My dad is a great cook, but I also wanted to try these foods (and more of them).

I took to Yelp and began my search for Croatian restaurants in Southern California.

The results, however, weren’t necessarily Croatian, but Bosnian.

Thankfully, many of the traditional foods in Croatia are also common in Bosnia, so they have many menu items in common.

Here are the two restaurants that made the top of my list:

You’ll find Sofra Urbana tucked into an unassuming shopping plaza in Foutain Valley. It’s a small, but cozy restaurant with charming decor and a friendly staff.

They serve both Italian and Bosnian food and at first glance, might appear to be just another pizza and wings joint. But it is so much more.

To start, in addition to popular pizza dishes such as sausage or barbecue chicken, they have the restaurant’s namesake, the “Sofra Urbana”. It’s a delectable blend of mozzarella, mushrooms, arugula, bresaola, truffle oil, and shaved parmesan served upon a pizza crust that was baked to perfection. This item alone is worth coming for, but because we were there for the more traditional items, we also decided to sample a few other foods.

The ćevapi, ground beef sausages, is served with a small cup of kajmak and another of ajvar. These, spread across the mouth-watering lepinje followed by a light sprinkling of freshly cut onion, results in one of the tastiest sandwiches designed to share, but easy to easy to keep for oneself.

Other traditional dishes include:

Aroma Café is another excellent Bosnian restaurant, set apart by its adorable grocery inside. While there, I was able to stock up on Croatian/Bosnian goodies AND feast on a tasty lunch. Plus, I couldn’t help but bring home a few sandwiches for dinner that night (they were wrapped up well and tasted amazing even after being reheated).

Here too, the ćevapi is a classic and absolute must. Their housemade lepinje is outstanding, though a touch of ajmak was certainly missed.

Since we went with cheese burek at our first stop, we decided to indulge in spinach burek here. It was delightful and Little Linguist voted it 10 out of 10.

Served with fresh pita and a yogurt dip, you can order either stuffed cabbage rolls or pita, but our server was awesome and brought us a mixed plate so we could try both. It was hard to choose a winner, but after a vigorous taste test, I can confidently recommend the stuffed grape leaves as the victor.

Get By in Croatian Season 1 Episode 2

Finally, my favorite and the star of the menu. Those sandwiches I took home? Those were both the Aroma sandwich. A mix of cheese, pita, beef prosciutto and bell pepper. I could honestly eat it every day.

And of course, I can’t forget the Turkish coffee! Served at the perfect temperature and with a piece of Turkish delight. It was an enjoyable way to end the meal.

Other traditional dishes served here include:

While we’re on the topic of Croatian food, I thought it would be fun to introduce a few useful vocabulary words on the topic. Here are a dishes and menu items you may find useful.

Have you tried Croatian (or Bosnian) food? What did you like most?

What restaurants in your area feature delicious foods from far away places?

Get by in Croatian

Get by in Croatian

Get By in Croatian Season 1 Episode 2