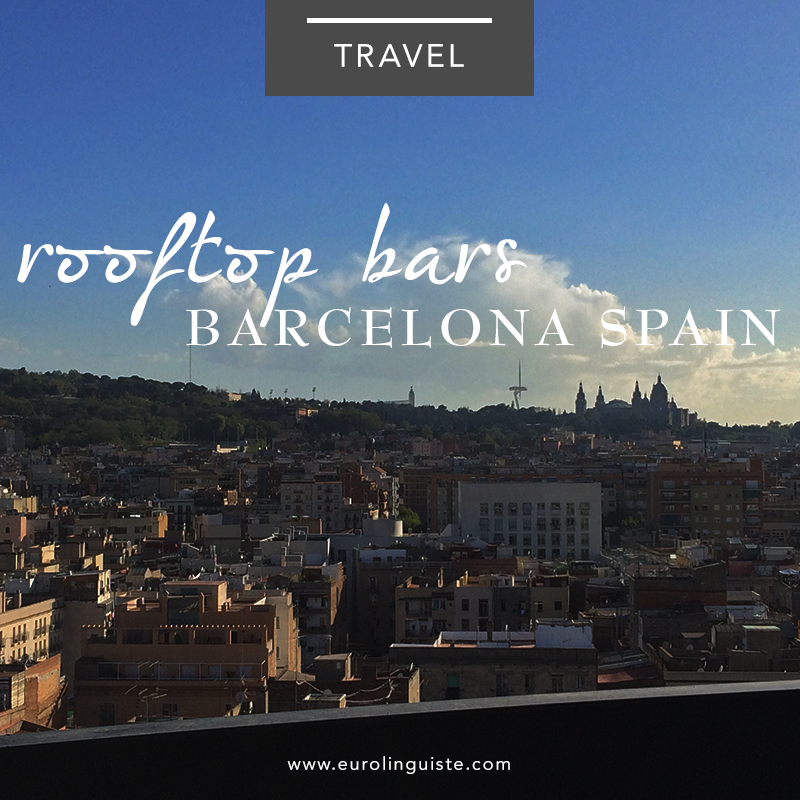 A Review of Cool Japan Guide | An Illustrated Travel Guide

After visiting Le Printemps, a rooftop café in the heart of Paris, France, a new travel obsession began for me. The search began. Paris couldn’t be the only city with incredible rooftop views.

When we started planning our trip to Barcelona, one of the first things I researched were rooftop cafés and restaurants. Lo and behold, we had more than enough to keep us busy, bouncing from azotea to azotea for tapas and cerveza limón or a nice, cool sangria.

In fact, there were so many rooftop bars available, that we had to be selective in choosing since we’d only spend a few days in España.

Several of the hotels only offer rooftop access to guests, so we were able to narrow down our choices to locations open to the general public.

Located on the bustling Passeig de Gràcia, the Condes Hotel has an incredible view of one of Gaudi’s interesting works, La Pedrera. To access the roof, you can take the lobby’s glass elevator. Their are lounge chairs, but we opted for a seat at the bar along the edge of the roof. As you enjoy your food or drinks, you can also spot another Gaudi masterpiece if you know where to look. A bit further in the distance is the Sagrada Familia.

On our second day in Barcelona, we thought it would be romantic to catch the sunset from one of the rooftop bars, so we opted to head a little closer to the coast. As we hitched our way up to Terraza 360° at Hotel Barceló, we were greeted with a view of the ocean. As we wandered around the terrace, we glimpsed Montserrat and several gorgeous cathedrals.

The glass railing that surrounds the 360° terrace conveniently tells you which historical sites lie in which direction so you get a pretty good idea of what you’re looking at while wandering down its walkway.

Getting to this hotel brings you through the Raval neighborhood, but it’s definitely still walking distance from the heart of Barcelona.

Of course, these two locations are only the tip of the iceberg when it comes to rooftop spots in Barcelona, but these were the two we most enjoyed.

What’s your favorite spot with a view? I’d love to hear about it in the comments below!