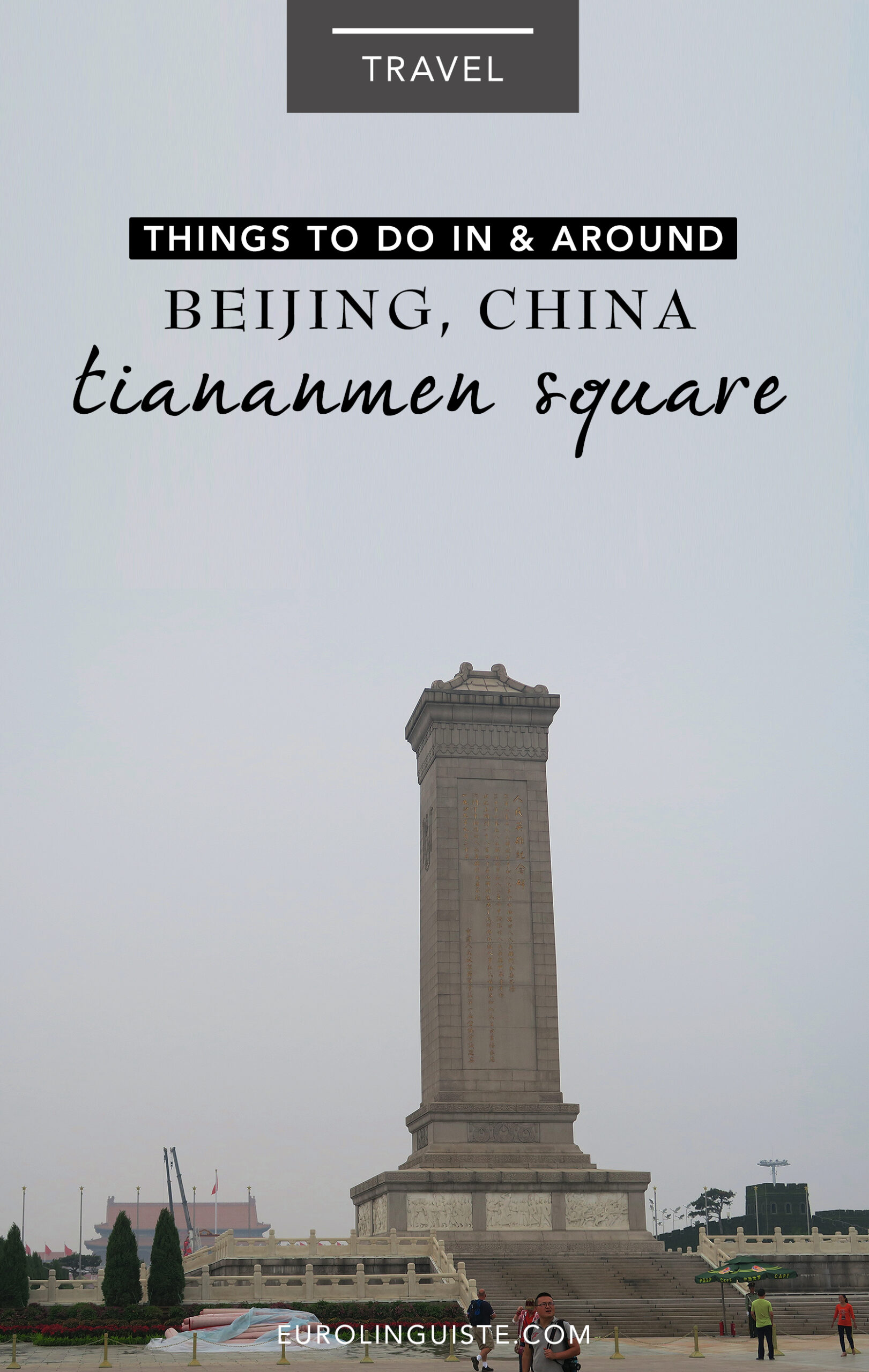 Why You Should Record Yourself Speaking Your Target Language

With an incredible view of the entrance to the Forbidden City and a moving political history, Tiananmen Square is one of the most visited, albeit controversial sites in Beijing, China.

To enter the square, you need to pass through security and armed guards are posted around the area. But upon entering Tiananmen, you can see the Monument to the People’s Heroes, the Great Hall of the People, the National Museum of China, and the Mausoleum of Mao.

Tiananmen Square is in the Top 10 of the world’s largest city squares and it has been the site of many important event in China’s history including Mao’s proclamation of the founding of the People’s Republic of China in 1949 and the massacre of 1989.

Tiananmen means “The Gate of Heavenly Peace” and it has been used as a massive meeting place since its creation.

On the day that I visited, it was quite smoggy, so the Forbidden City was not as visible as it was on later trips to this area. They had several displays made from flowers on exhibit in the square, and I was able to leisurely stroll around, taking in the various monuments and buildings within the square.

What are some of the historical sites you’ve visited on your travels?