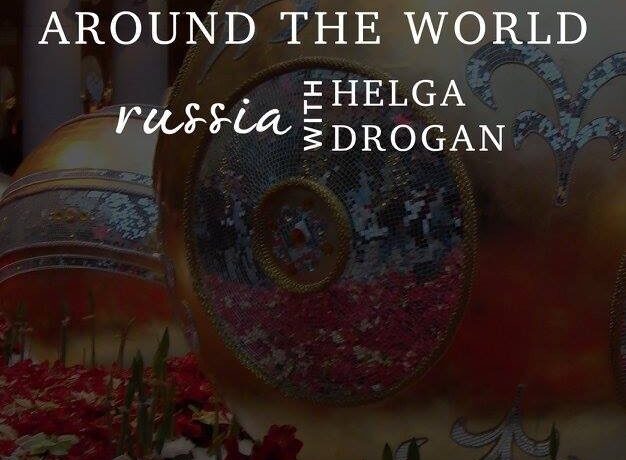 About the Author // Helga Drogan is a talented Russian tutor who offers lessons through iTalki. She is currently located in Moscow, Russia where she has earned a BA in Linguistics and a Master’s Degrees in Pedagogy and Educational Psychology.

In Russia Christmas Day has been celebrated since the 10th century when Christianity spread throughout the Russian lands.

How Christmas was Celebrated in Russia in the Past

In the morning of Christmas Eve, people washed the ceiling, walls and the floor, then rubbed them with juniper. They would then go to a bathhouse. In the evening, young members of the family gathered together, painted faces, dressed up and put Kolyada into a sleigh. Kolyada was a doll or a girl dressed in a fur coat over a white shirt. They would ride their sleigh, singing traditional songs. Children would also walk through the village with a star made of kindling and paper, singing songs beneath the windows, praising the owners of the homes who would give them small gifts like sweets, cakes and money.

On Christmas Eve, until the first star appeared in the skies, nobody ate or drank. Parents told their children about the wise men who had come to worship the newborn Jesus Christ, bringing him expensive gifts. Our ancestors believed that on Christmas Eve, all the water gained healing powers. So they washed themselves with Christmas water and put it in the dough to cook pies. Also, traditionally for Christmas they put the bundles of straw under the icons to attract prosperity.

How Christmas is Celebrated in Russia Today

Unfortunately, during a long period of time Christmas was banned in the Soviet Union. Many old folk traditions have been lost and forgotten. Only nowadays are they beginning to restore traditional Christmas celebrations bit by bit.

Currently, Christmas in Russia is celebrated on January 7th, and thus, it is considered to be a continuation of the New Year celebration. People gather together as a family, eat tasty dishes, drink wine, enjoy the beautifully decorated Christmas trees and make wishes.

For the Orthodox Christians the key point of the holiday is usually a divine service on the night of January 7th. Anyone can attend the Christmas service, and those who can’t leave the house have the opportunity to watch a live broadcast of the ceremonial worship of the Cathedral of Christ the Savior in Moscow.

Kholodets (Studen') (from Russian “kholod” that means “cold”) is a traditional Russian dish which represents a shift from fasting to celebrating Christmas according to an Orthodox tradition.

1-1.5 kg of beef w/ bone
1 pork leg
pork or beef bones
1-2 onions
1-2 carrots
celery or parsley
garlic
pepper
Bay leaves Set a large saucepan on the stove and put in all the meat. Water should be 3-4 fingers above the level of meat.
When the water boils, add in black pepper, 1-2 whole peeled onions, a couple of carrots, a few pieces of parsley or celery roots or sprigs of greenery. Close the lid and cook on low heat for four hours.
Towards the end of cooking, add some salt and 2-3 bay leaves. As soon as you see that the meat is easy to separate from the bone, turn the cooker off. Take the meat out of the broth and let it cool.
Strain the broth through 1-2 layers of fabric which is put in a strainer. It’s good to use a small sieve for this purpose with a convex bottom and a handle that is securely held in a pan or bowl to merge the broth. Throw away all seasonings leftover in the broth.
Parse meat with a sharp small knife, throwing the bones, skin and other unappetizing pieces of meat away. Pull the meat apart so that the pieces as small as you like.
Generously spread the meat out in a bowl or tupperware. Add chopped garlic.
Add the strained broth to the meat, let it cool down and put it in the refrigerator overnight.