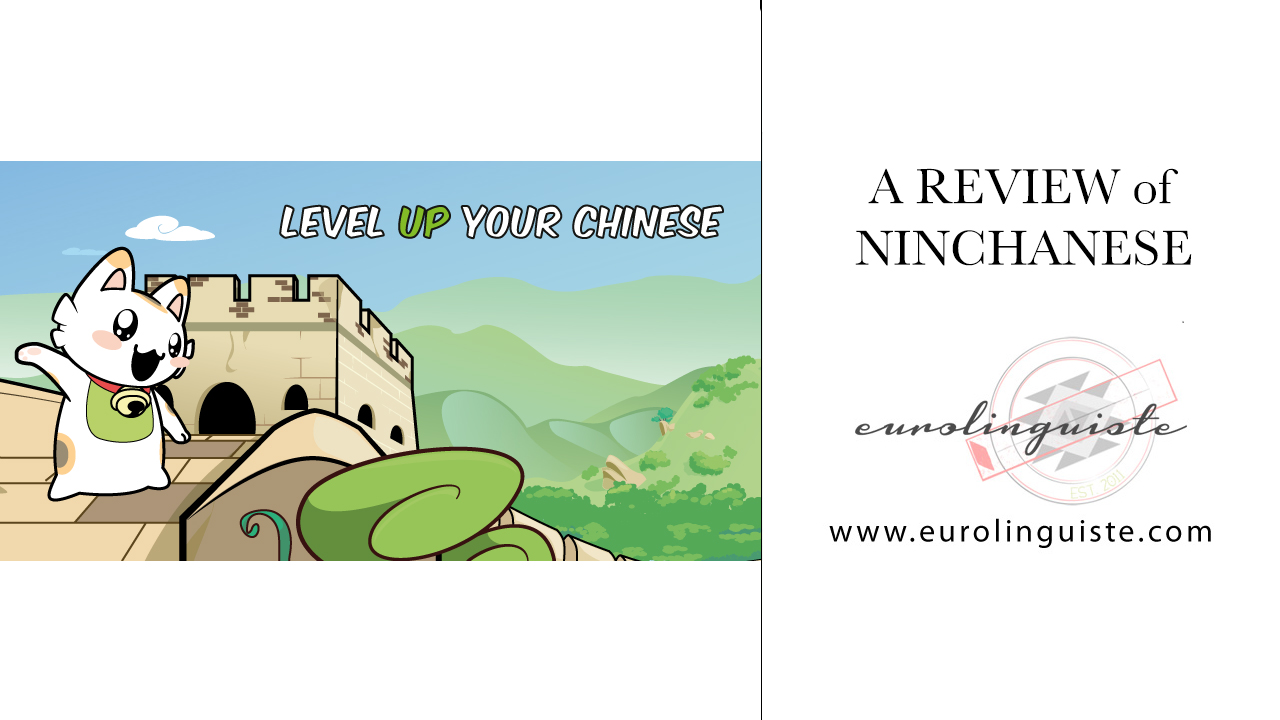 I know that it’s not for everyone, but I enjoy using Duolingo. In all honesty, my biggest problem with the app is that it isn’t available in the languages that I’m currently studying.

That’s why I’ve been on the lookout for a fun and engaging app for Mandarin.

When NinChanese contacted me about testing the beta version of their app, I jumped at the opportunity. I had tried ChineseSkill, but it wasn’t for me, and so I was still looking for something to fill that space in my language learning toolbox.

I’m happy to say that after spending a couple of weeks with the app and passing the entirety of the first world, that NinChanese may just be that app.Learn about Ninchanese, an immersive, story-based language learning app.

“Learn Chinese as you Enter in a Unique and Immersive Story

The Nincha village is in trouble. Its Pearl of Chinese knowledge was stolen!

You’re a baby dragon that needs to learn to read, write, understand and speak Chinese to save the Nincha cats.

With your friend Nincha, the lucky cat, you’ll need to travel the NinChana world to find and face the Knowledge guardians. As you go, you learn Chinese vocabulary, Chinese grammar, learn to Speak Chinese and master the Chinese tones.

Each venerable guardian is a step closer to the pearl and a paw closer to you confidently and easily speaking Chinese!

Ninchanese follows a narrative structure with an adorable cast of characters leading you along on your language learning journey. It is a gamified language learning app that keeps track of your progress through a wide range of stats. It offers challenging, yet fun ways for you to review the material that you’ve learnt.

How Does the App Work?

First, I’d like to make note of how beautifully illustrated the NinChanese app is. I know that it doesn’t have anything to do with how the application functions for language learning, but the user interface for this app is outstanding and it just adds to the enjoyment of using it. You can see what I mean by watching the trailer below:

Each lesson begins with a short narrative, continuing the story, before you launching into a variety of exercises. There are currently three different exercises and each segment of the various worlds alternates between learning vocabulary, building sentences, and listening/speaking. Each world segment is progressive, and you cannot continue through to the next without finishing the previous (the later segments are locked).

You also have the option of challenging other users. You randomly select a card and it prompts you to either write the pinyin spelling or the English translation of the word. It is then the next players turn. You wait for them to do the same. It alternates until the game expires.

As you progress through the worlds, your dragon levels up, you collect badges for various milestones (there’s even a Pokemon badge for when you’ve learnt 151 words!), and you earn points.

You can see how you rank against other learners in the Ninchanese leaderboards, challenge your friends, review the material you’ve learnt, or learn new words.

The game is somewhat addicting. I want to know how the story continues and progressing through the levels makes me feel accomplished. I would definitely say this is a point in Ninchanese’s favor. You don’t have to worry about finding the motivation to study – the game is engaging and addicting enough that you want to go back to continue working on your Chinese.

As I mentioned before, the user interface is beautiful and it makes the experience of using Ninchanese that much more enjoyable. Definitely another point earned here.

The app, however, isn’t yet available for phones or mobile devices which is kind of a bummer. I’d love to be able to play on the go and it is currently only browser based. In my interview with Sarah, the co-founder of Ninchanese, she told me that they are planning on releasing a mobile app, so I am eagerly looking forward to it!

My biggest frustrations with the app were definitely things that could be easily changed. And when I reached out to Ninchanese about them, it turns out that they were already working on improving each of them.

Here were my suggestions for improvement and Ninchanese found Sarah’s responses:

So as you can see, in the end, there’s not much to complain about (or there won’t be soon)!

Ninchanese definitely has a lot to offer, and seeing as it’s still in beta, I imagine the app will only continue to improve. I really enjoyed the storyline and the game elements of Ninchanese and I look forward to seeing them further develop those features.

Ninchanese will soon begin promoting their Kickstarter campaign in order to continue to build their application. I’m definitely going to contribute to it because I definitely believe that it will evolve into something impressive and I’d love to continue using the app.

I look forward to seeing what they do with Ninchanese and to having the opportunity to delve further into the saga of Lupichu and his Nincha Cat friends.

I hope you have enjoyed this review. I look forward to your thoughts and/or experiences with Chinese language learning applications, or even Ninchanese, in the comments below!