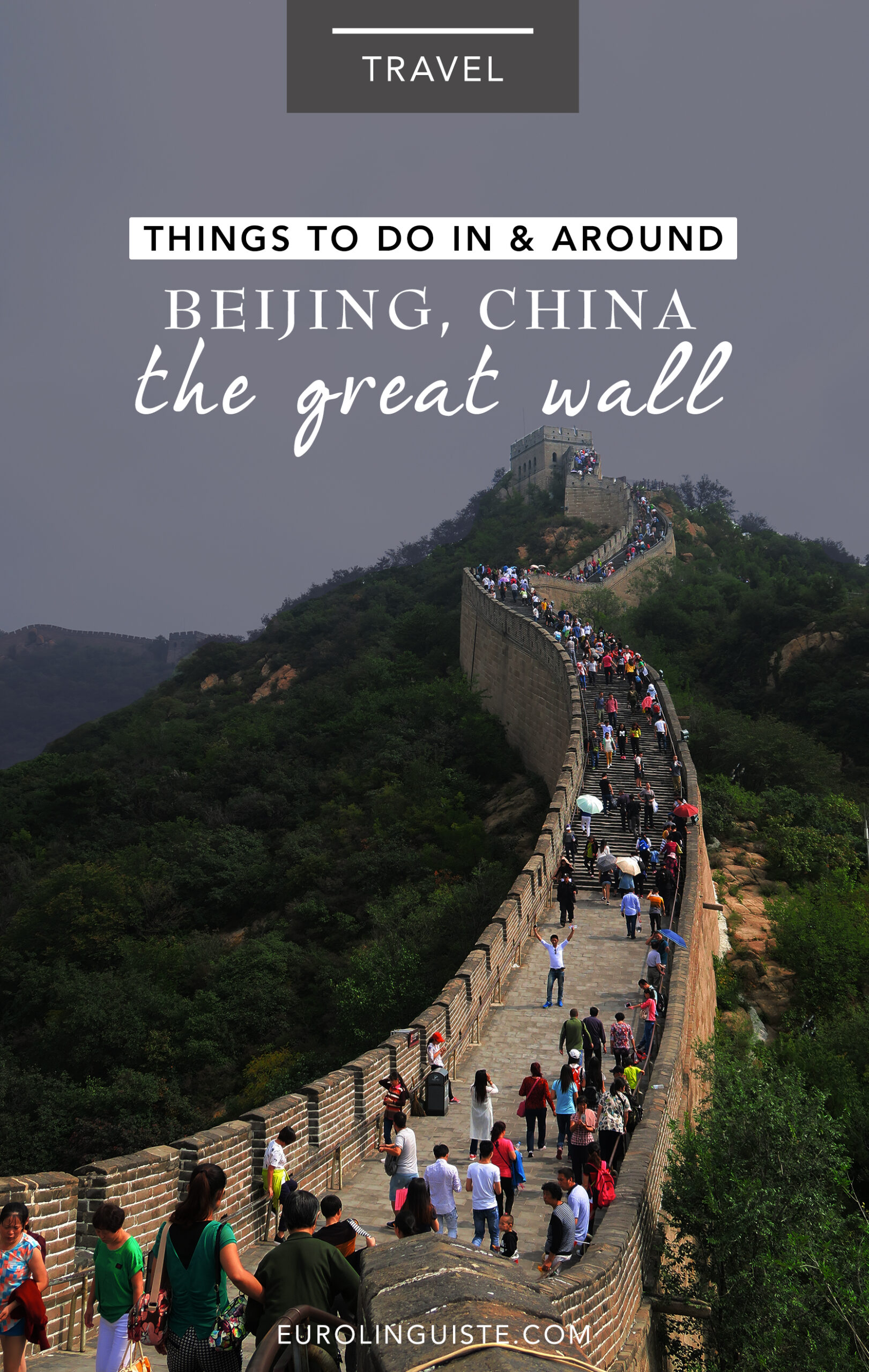 A trip to 北京 Beijing, China wouldn’t be complete without going to see the 长城, the Great Wall. It’s certainly worthy of all the attention it deserves, and it is definitely worth spending a day 爬 climbing it.

Like most other attractions in China, however, the Great Wall is often packed with tourists, especially during the weekends and holidays.

About the Great Wall

The Great Wall of China is a 13,171 mile long structure (if you count all of it’s branches) that spans the historical Northern border of China. Several segments of the wall were built as far back as the 7th century BC, but the majority of the wall was constructed during the Ming dynasty.

The Chinese name, 长城, literally translates as “long wall” but it is sometimes referred to as 萬里長城, or the “ten thousand mile long wall”.

The most famous segment of the wall, likely because it was the first to be opened to the public in 1957, is located about 50 miles northwest of Beijing. The Badaling portion of the wall was built during the Ming Dynasty and it has undergone significant renovation. There are an estimated 70,000 visitors per day to the Badaling Wall during peak seasons.

There are twelve towers on the north side of the wall and seven on the south. At the eighth watchtower, you’ve arrived at the highest point on the wall, about 2,913 feet and the views are spectacular (although also the most crowded). If you choose to continue past the eighth tower, the crowds disappear, but the hike gets a little more challenging.

After descending from the 12th tower, you find yourself in the Bear Garden, which to be honest is quite depressing. The poor bears and other animals that are there for tourists to take photos of/with are (for the most part) not healthy and it was heartbreaking to see them.

There are cable cars that will take you directly to the eighth tower and pulley cars which will get you to the fourth tower (on the north side). There are also exits at the sixth and twelfth towers.

The admission fee for Badaling is about 40-45 CNY.

When Visiting the Great Wall

No matter which segment of the Great Wall you choose to visit, be sure to bring lots of water and sunscreen. Even on an overcast day, we were warm, tired, and thirsty after our climb. You’ll also want to wear comfortable shoes.

The steps are uneven, so it makes the hike as draining mentally as it is physically. Plus, you’re constantly navigating your way around other visitors who are taking a short break at various points.

Chairman Mao reportedly said, “Until you reach the Great Wall, you’re no hero,” and it’s at the eighth watchtower on the north side of Badaling that you’ll find this inscription.

How to Get to Badaling

What are some of the sites that you just couldn’t miss when you were traveling?