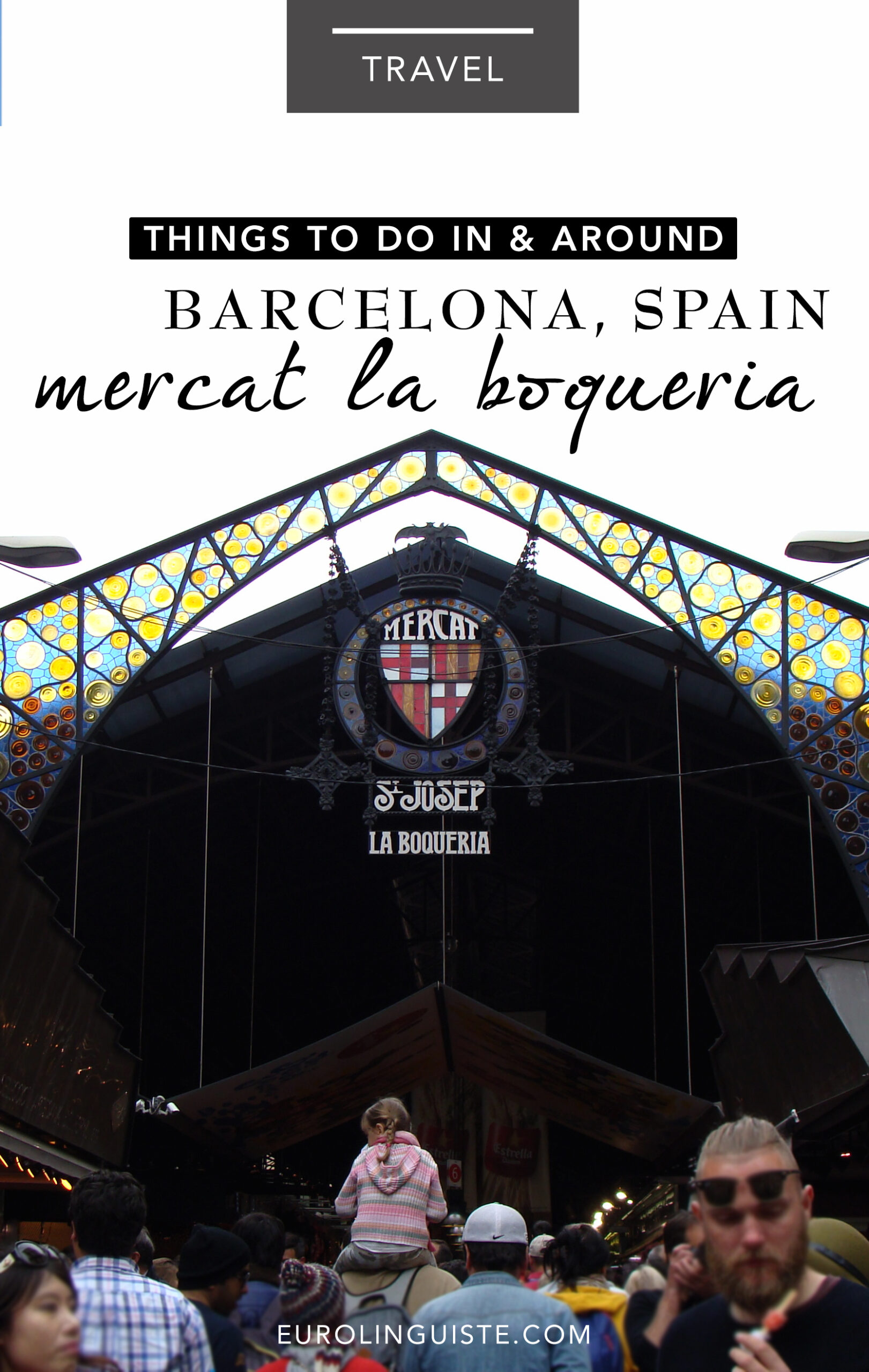 A trip to Barcelona, Spain wouldn’t be complete without a trek down to El Mercat de Sant Josep de la Boqueria, more fondly known as simply, La Boqueria, to indulge in some of the best-known items in Spanish cuisine.

With an entrance off the city’s most popular street, La Rambla, the market isn’t hard to find and it’s worth fighting your way through the crowds within to get a taste of any number of delicious and fresh foods.

Considering that the market is in the heart of Barcelona’s most touristy area, many of the foods available at the market are a bit pricier than you might find at a restaurant or pastry shop a little off the beaten path. But the energy and the environment at La Boqueria make the little extra cost worth the experience.

You can opt to either carry your foods to snack on as you browse the stands, or even stake your claim on a spot at one of the few “restaurants” located within the market to enjoy a meal. We chose to do the former, feasting on freshly sliced chorizo, warm empanadas and fruit juices.

La Boqueria has a rich history with its first ever recorded appearance dating back to 1217 when it was nothing more than a few tables set up near the city gate. Around 1470 a pig market was set up around the same site and it was known as Mercat Bornet, until it became Mercat de la Palla in the 1790s. Despite its long history, La Boqueria didn’t receive official recognition as a market in its own right until 1826. This was in part because it wasn’t (at the time) in an enclosed space and it was near enough to two other markets to be considered an extension rather than an independent marketplace.

In the 1840s they began to build the structure that would become La Boqueria, but it wasn’t completed until 1853. The roof that currently covers the market was built in 1914.

We didn’t attend, but the market even has a culinary school where they offer a variety of classes related to food and cooking. They have courses geared towards university students, kids and adults in both English and Spanish.

Speaking of which, for those of you who don’t speak Spanish, have no fear! Because La Boqueria is in the heart of Barcelona’s most tourist-friendly area, many of the people who work in the market speak enough English and/or French to help you enjoy your experience. If you happen to run into a stall where only Spanish or Catalan are spoken, you can always resort to counting with your fingers and gesturing towards the items you’d like. But, if you’d like to get the full experience, we’ve included a free PDF download at the end of this post with useful Spanish vocabulary for your trip to the market.

What We Recommend:
Fresh juices
Empanadas

What are some interesting markets you’ve come across in your travels?