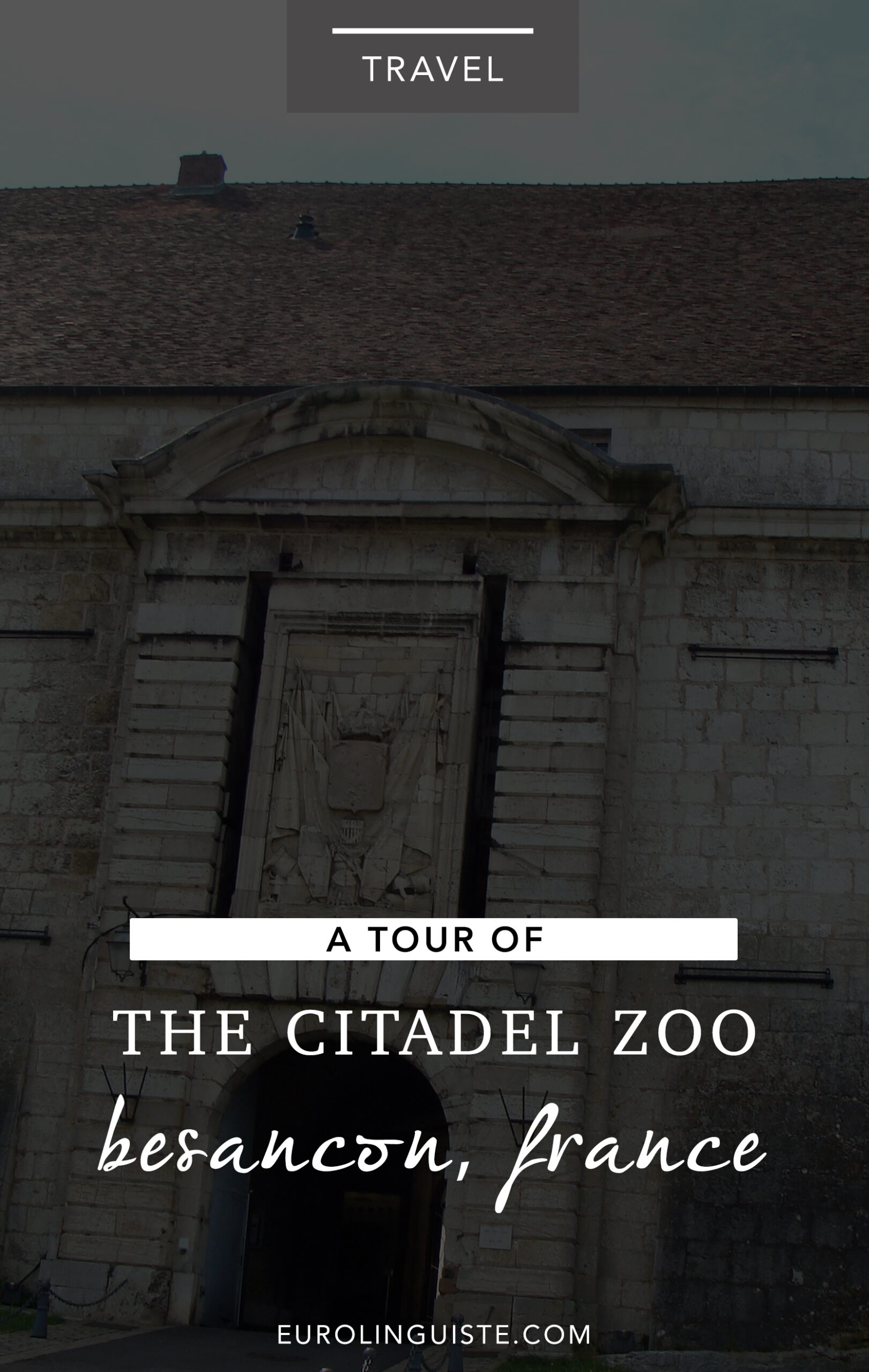 A REVIEW OF THE LANGUAGE HABIT TOOLKIT FROM KERSTIN CABLE

The Citadelle de Besançon, or Citadel of Besançon, is a 17th century fortress designed by Sébastien Le Prestre de Vauban. Perched at the top of Mount Saint-Etienne, the Citadel covers about 27 acres and it hosts an incredible view of the city below.

The Citadel hosts several museums – the museum of the Resistance, a natural history museum (and zoo), a museum that showcases the traditions of Franche-Comté, an insectarium, aquarium and more. Our visit focused on the zoo, but we ended up spending quite a bit of our time walking the walls and taking in the sights.

Can you blame us?

The zoo itself was interesting. There was a tank where you could pet coy fish, several large cat exhibits, and many exotic birds.

I visited with a friend from university, and as we watched one of the lions laze on the ground, a Frenchman sauntered up to us.

“Would you like to see the king of the jungle?” he proposed in French.

My friend and I glanced at one another. “That’s what we’re doing.”

He grinned and said, “I wasn’t talking about the lion.”

My friend was pretty annoyed and told him off, he left us alone to perhaps harass someone else, but it was definitely something I haven’t forgotten!

The zoo wasn’t too crowded despite there being several schools visiting as a part of field trips. It helped that it was rather large with a lot to see and do. It was definitely one of my favourite places to visit on my trip to East France.

We wrapped up our visit by having a quick picnic on the grounds, while enjoying the view. It was definitely an incredible experience.

Hours vary depending on the season

What are some of the places you’ve come across with breathtaking views?