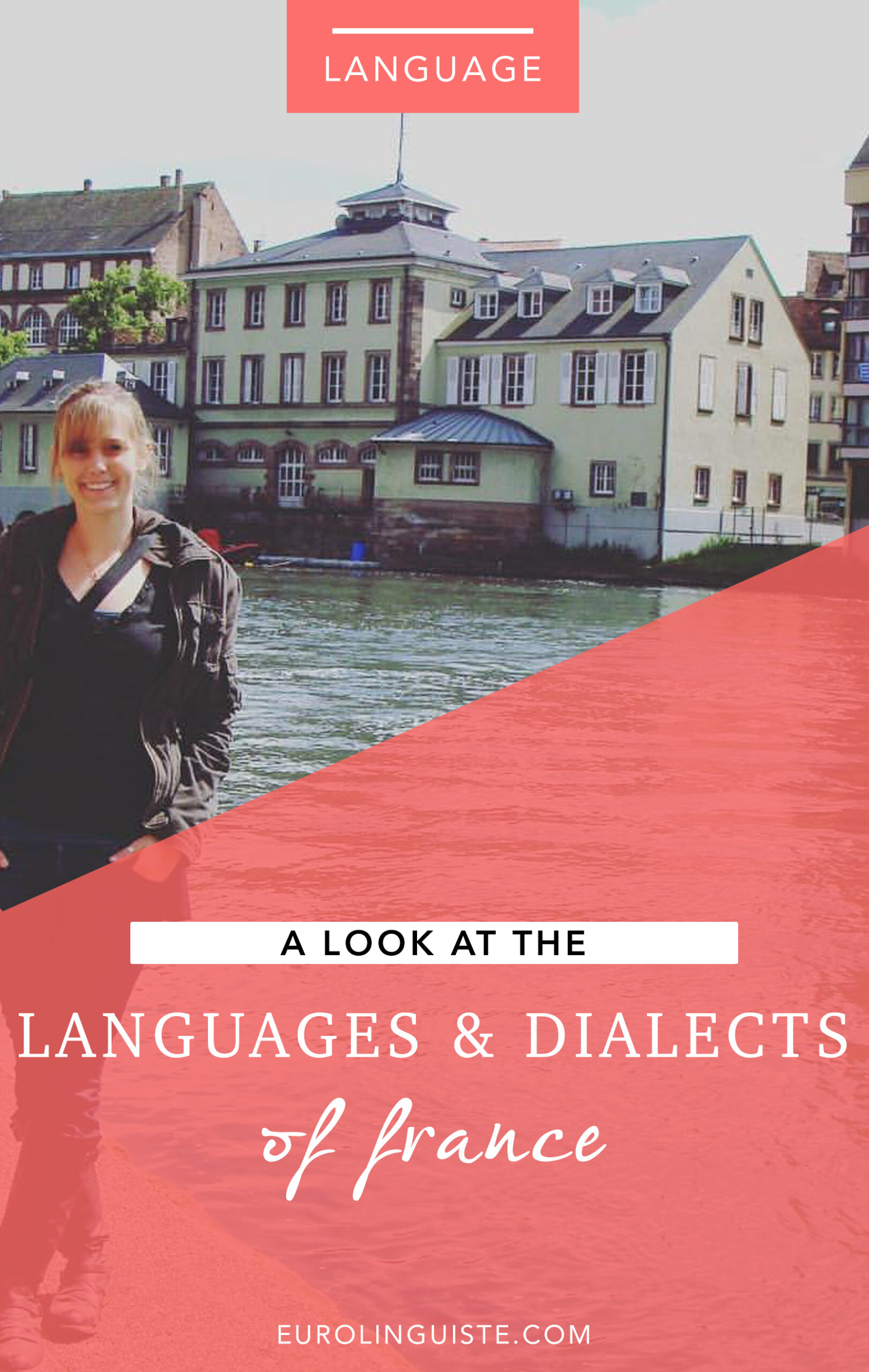 The Barcelona Cathedral | Things to do in Barcelona, Spain

When we think of France, the French language is one of the first associations that often comes to mind, and understandably so as it is one of the most learned languages across the globe as well as an important part of French identity. So much so, that the Académie Française exists, in part, to act as an official authority over the French language.

As of today, French is the only official language of France, but that doesn’t mean that it is the only language spoken in France. In fact, France has a number of languages that are native to its lands. And even as late as 1789, the year of the French Revolution, it was estimated that only about half of the French population actually spoke French.

There were attempts to modify the French Constitution so that it would recognize its minority languages as official languages, but efforts were blocked because it was deemed that the change would contradict the status of French within the Fifth Republic’s constitution (this change is signed but not yet ratified).

The other languages in France are often referred to as patois, which roughly translates as dialect, but the term often has negative connotations.

The Dialects and Languages of France

Where It Is Spoken // France, Canada, Switzerland, and several countries Africa (for a full list) https://en.wikipedia.org/wiki/List_of_territorial_entities_where_French_is_an_official_language

French, as mentioned earlier, is the official language of France (and 28 other countries). It is Romance language and it is a part of the Indo-European family of languages. Like Italian, Portuguese, Spanish, and a few other languages, French is said to be a descendent of Latin.

During the 17th century, French replaced Latin as the language of diplomacy and international relations. It retained this role until the mid-20th century when it was replaced by English.

Where It Is Spoken // North Western Peninsula of France

Breton is a Brythonic language that was brought to France by the Britons in the middle ages. It was the language of the nobility in Brittany until around the 12th century. At the end of the 19th and into the mid-20th centuries, Breton was banned in schools and children were punished for speaking it.

Today, many Breton speakers are over the age of 60 and even fewer are monolingual in the language. There have been efforts to revive the language, notably through Diwan, or Breton immersion, schools.

There are four traditional dialects of Breton – Leoneg, Tregerieg, Kerneveg, and Gwenedeg – but these are bishopric divisions rather than linguistic.

Further Resources
– Wikipedia
– Assimil
– Assimil Guide de Conversation
– breizh-amerika.com
– bzh-ny.org
– Skol Ober is a very old organization for correspondence study of Breton.
– EduBreizh is an online service to learn Breton. You need to take out a yearly membership and pay for courses, but might be an effective long-distance option (using Skype)
– Kervarker.org is a course with audio files, easy short stories and links to other Breton sites.
– Bretagnenet.com and Antourtan.org include a list of radio stations in Breton which are good for hearing Breton by a variety of speakers.
– Teach Me Breton

Where It Is Spoken // French region of Alsace (north east)

Alsatian is the second most spoken regional language in France after Occitan. It is a Germanic language that has a strong French influence and it is more closely related to Swiss German than standard German.

Alsatian is different from Alsatian French which is a French dialect/accent. It is also often confused with Lorraine Franconian.

Where It Is Spoken // in France near the border of Flanders, Belgium

French Flemish is spoken in the area of France known as French Flanders. The language’s roots can be traced back to about 892 AD, when the region was ruled by the Counts of Flanders. The area became a part of France in the 17th century.

There are three French periodicals, Platch’iou (Dunkerque), Revue de l’Houtland (Steenvoorde) and Yserhouck (Volkerinckhove) that contain articles on various aspects of Flemish in France as well as articles in the language.

Where It Is Spoken // Moselle département in Lorraine

Lorraine Franconian is a group of dialects of West Central German spoken in the Moselle département in north-eastern France. It also refers specifically to Moselle Franconian.

Where It Is Spoken // Northern and Central France

The Oïl language actually refers to a group of dialects that are spoken in northern and central France. They belong to the Gallo-Romance group which also includes the French language.

Where It Is Spoken // Southern France

The Occitan dialects are a part of the Romance family of languages and they are spoken in Southern France. The name is derived from lenga d’ac (òc is the word for “yes” in the language).

Occitan is often comparable to Catalan and even has co-official status along with its counterpart in Catalonia, Spain. Like Breton, many Occitan speakers are older in age and very few of them are monolingual.

The language first appeared in the 10th century and was often used by troubadours to write poetry. One of the oldest surviving written works in the language dates back to 960 AD.

The poet Frédéric Mistral started a revival in interest in the language during the 19th century with his efforts to create a standardized written form of the language. He was awarded the Nobel Prize for his work in 1904.

Where It Is Spoken // Roussillon area

Catalan is a Romance language named after Catalonia, the northeastern region of Spain and the adjoining parts of France (which were ceded to France by Spain in 1659 with the Treaty of the Pyrenees).

It first appeared as a distinct language sometime between the 10th and 11th centuries, and during the 12th century, it saw a surge in use.

Where It Is Spoken // east-central France

Franco-Provençal is a Gallo-Romance language that is spoken in east-central France as well as parts of Switzerland and Italy. It has several dialects and is one of the languages most closely related to French aside from the langues d’oïl.

Speakers of the language refer to Franco-Provençal as Arpitan, a term popularized in the 1980s. It means “alpine”.

There is no standard orthography for the language, although many efforts have been made to establish one. This, in part, influenced the decision of many of its speakers to prefer the French language over Franco-Provençal in the 20th century, leading to its decline in use.

Number of Speakers // not sure

Where It Is Spoken // Northern Italy, Monaco and parts of France

The Gallo Italic languages/dialects are considered a part of the Gallo-Romance family (but are also argued as a part of the Italo-Dalamation language family). The language is still spoken, but in most cases, has given way to Italian.

Where It Is Spoken // Corsica

Corsican is a part of the Romance language family and is closely related to the Italian language. It is spoken in both Corsica and parts of Sicily, and it was the official language of the former until 1859 when it was replaced by French.

The use of French has grown so significantly in Corsica that by the 1960s, there were said to be no remaining native, monolingual speakers of the language.

Where It Is Spoken // South-West of France

Basque is a language isolate and it is one of the few surviving pre-Indo-European languages in Europe. This means that it has no known connection to any language family. In addition to the standard dialect, the Navarrese–Lapurdian and Zuberoan dialects are also spoken in France.

Mentions of the language first appeared in the 11th century as a part of Latin religious texts. The first published book in Basque, however, did not appear until 1545.

Other Languages That Are Spoken in France:

There are also several languages that are spoken in France by large immigrant communities including: Berber, Arabic, Italian, Portuguese, English, Polish, Turkish, Vietnamese and German among many others.

In France There is Only One Language

Are you interested in learning another language or dialect aside from the official language of a country?