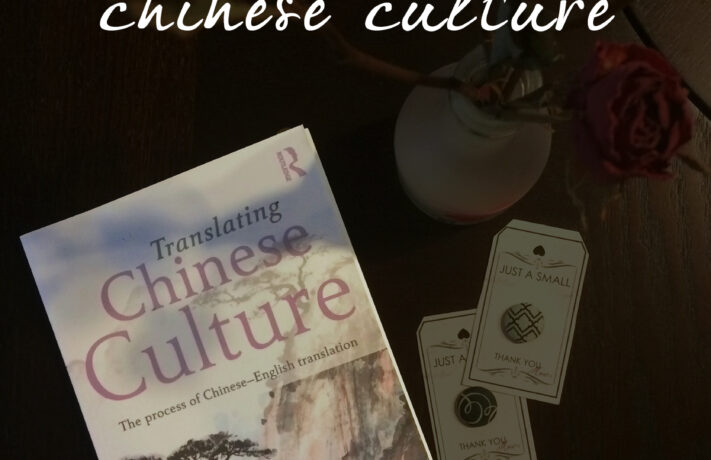 I love learning languages. I love the process and nearly everything about it (except for plateaus). But I also love learning about the history of languages and the practical ways in which I might use all of this language-related knowledge I’ve gained over the past few years.

It’s not often that I stumble across language resources that go beyond teaching languages, but whenever I do, I am drawn to them. I just love getting a “behind the scenes” look at languages, which is why, from the moment I opened Translating Chinese Culture, I was hooked.

Translating Chinese Culture, while more academic than the materials I typically review here on Eurolinguiste, is exactly the type of resource that inspired me to start this site. And it is exactly this resource that re-energized my desire to explore language and translation further.

Translating Chinese Culture is a textbook that investigates different methods for translating from Chinese into English. It evaluates the different mediums that are translated – film, music, poetry, books, and so on – and attempts to unpack the difficulties translators face when attempting to translate works steeped in the history and shared knowledge of another culture.

Despite its academic origins, the book is by no means “too dense” for the average reader (or language enthusiast) to enjoy. The way in which it is written makes the work easily accessible. It isn’t packed with linguistic jargon nor complex theories regarding translation. Translating Chinese Culture does, however, assume that the reader has a basic background in reading and writing Chinese and that they can trek their way through short passages written in either traditional or simplified characters.

The book is dividing into nine unique sections which I discuss in the video below, but to share them again here, they are:

1. Translating modern and contemporary Chinese art and artists // A discussion of the visual arts and how they are described in the Chinese language.
2. Chinese characters // The different writing systems (traditional, simplified, and women’s writing) and how the Chinese language is used to describe these systems.
3. Calligraphy // Translating the terms and tools used in Chinese calligraphy as well as the techniques employed by calligraphers.
4. The meaning of clothes // A discussion on how to translate Chinese dress, both historical clothing and modern day wear.
5. The role of the Chinese nursery rhyme // A look at whether maintaining the meter and rhyme of a nursery rhyme is important and methods for translating the moral and historical implications of nursery rhymes for readers with different cultural backgrounds.
6. Transcreation as a means of delivering poetry to an Other audience // A look at creative adaptations and the controversy that surrounds how much fidelity they maintain with the original text.
7. Absurdity and irony in modern Chinese literature // A discussion of the use of the Chinese language, homonyms, and double meanings in very culturally specific ways and the difficulties when translating these texts.
8. Drama translation // Should plays or dramas be translated from their original language for new audiences or should translations of the plays be offered to the audience while the play is still performed in its original language?
9. Translating Films // An overview of what is involved in subbing and dubbing films, the restrictions placed on translators in these scenarios, and different possible solutions. This was by far my favorite chapter in the book and I learnt an incredible amount of information on translating for film.

While the book may contain sections dedicated to arts or industries that you may not particularly be interested in, the points that are brought up in each section regarding the various difficulties translators may face were fascinating, well-explained, and rather detailed. The authors proposed numerous possible solutions, providing the reader with exercises at the end of each chapter to try out their own translations (Chinese to English).

I would also like to point out that in doing research for this post, I discovered that this book is the follow up to another by the same authors. The precursor to this book, Thinking Chinese Translation, is certainly going on my “to read” list.

Have you ever tried your hand at translation (for any language)? If so, I’d love to hear about your experience in the comments below!