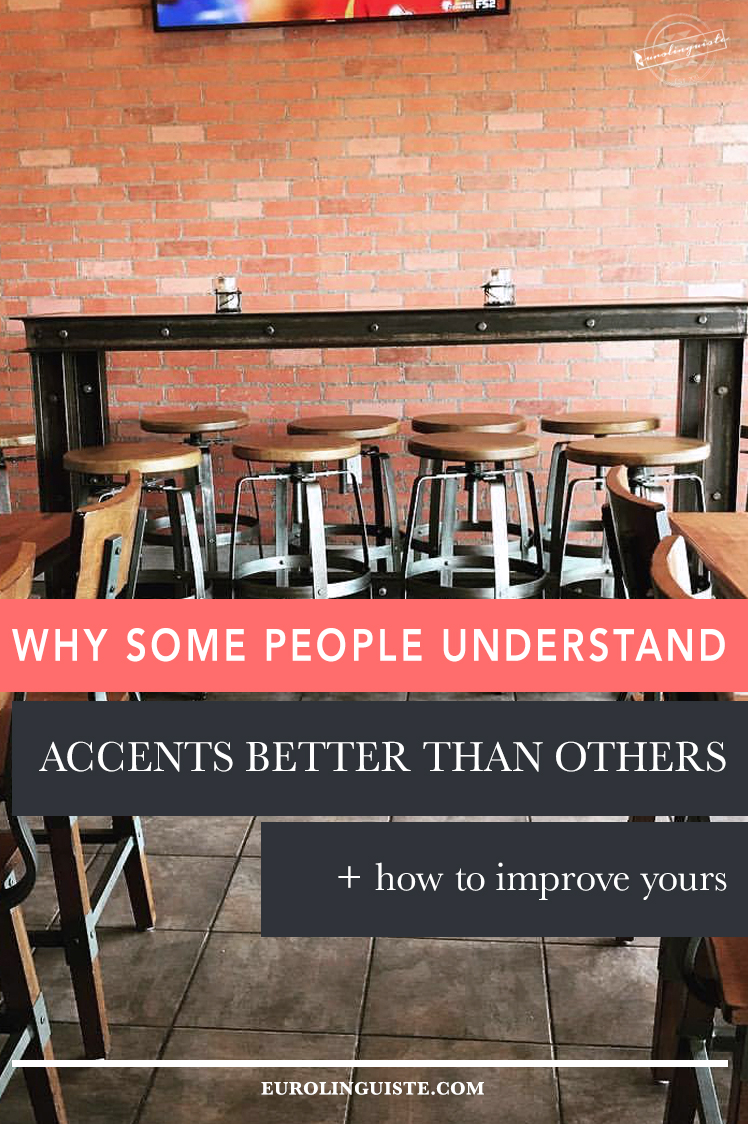 Aesthetics typically refer to the nature and appreciation of beauty. When applied to the linguistic field, it refers to the appreciation of language’s beauty and nature. On a more informal level, aesthetics of language could be viewed as our individual perception of the sound and beauty of a language. This is form where the idea that “French is romantic” or that “German is harsh sounding” emerges.

But it isn’t about languages as a whole that we form these judgements.

By the age of three or four, you begin to develop opinions about the languages, dialects and accents you hear. These associations are developed by the voices you hear on television, the accents and speech of your parents and other close family, or from even hearing your parents say, “oh, you have such a beautiful accent” to someone that you meet.

Our accents play a big role in the formation of our identities. It tells people where we might be from, what our native language might be, or what social groups we identity with. It’s also why we often make small (or sometimes large) adjustments to our accents when we move to a new place.

An accent can mark us as an insider or as an outsider.

If we adjust our accents and the ways we speak, we can better fit in with different groups. And if we want to identify with those groups, changing our accent is something we aim to do (even if it’s subconscious).

But sometimes, especially when taking on a new language, our accents are something that we’re stuck with, often earning us the question, “where are you from?” A frustration for many learners who wish they could be indistinguishable from the locals – “when will I lose my accent?”

Whether it’s in your native language or a language that you’re learning, have you ever noticed, that sometimes, no matter how hard you work at reducing your accent, some people just don’t seem to understand you?

It’s something that I’ve experienced with certain languages. It got me curious about the subject, so I did some investigating.

It’s Not Just Accent That Affects Our Comprehension

How well we understand someone else, whether it’s in our native or target language, depends on what is called ‘speech clarity’.

Speech clarity is determined by how fast someone speaks, the gender of the speaker, the pitch of their voice, whether or not there is background noise, distance from the speaker, and accent.

Some people are equipped to better handle a wider range of clarity than others and it all comes down to one thing: how wide of a scale you’ve been exposed to.

If your circumstances mean that you haven’t heard a wide variety of accents or poor clarity with any consistency, you’ll have a harder time understand different accents than someone who has had that exposure. If you have, you’ll do alright.

The Reason Some Accents Are Hard to Understand

When we hear someone speak, we already have an idea of how the language is supposed to sound. When it doesn’t quite fit, we have to work a little harder sort it out. And that requires mental energy. This process slows us down, which means our comprehension is diminished. You’re still trying to figure out what someone has said when the conversation has already moved on.

This is called “effortful listening” because “because the accented speech itself deviates from listener expectations in (often) systematic ways”. (source)

When we listen to someone speak in a way we’re not used to hearing, we have to try harder to understand them. And if you’re not used to making that effort, it can be difficult to maintain.

In an article on accents, a native Italian speaker wrote the following:

“I was born and raised in Rome, so Italian is my native language. Now I live in the US, and I’m basically bilingual. Yet, when I hear other people speak English with an accent, sometimes I have a hard time understanding what they’re saying. In movies […] I sometimes struggle; if I don’t turn on the subtitles, I’ll miss half of what they’re saying. But when I hear a fellow Italian speak English, even with a thick accent, I have no problems at all. I understand everything.“ (source)

This is interesting because it’s not that he can’t understand strong accents, he can. But only those he is familiar with. Unfamiliar accents prevent him from enjoying or engaging with certain things and in certain situations.

What to Do If You Struggle to Understand an Accent

If you have a hard time understanding other accents, you’ll want to do what you can to reduce any other interference so that you can focus on the other speaker. So, if for example, the conversation is taking place in a loud room, ask your conversation partner to move to a quieter place with you. If the phone connection is bad, ask if you can call back at another time.

Other things that you can do are to:

3. Ask them to write it down. // If this is for a language tutoring session, you can ask your tutor to write what they said in the chat. Being able to read it sometimes makes it all click. If the conversation is for something important or work related, you can ask them to write you an email summarizing their requests. That way, you can avoid being rude by constantly interrupting them and asking them to clarify and you can be sure you don’t miss anything.

What to Do If You Struggle to Make Yourself Understood

It’s sometimes hard to think, “I have an accent.” Until you travel somewhere where everyone speaks with a different accent than your own and you’re the minority, it can feel like everyone else has an accent but you.

When you’re learning another language, however, a strong accent is often something you can’t escape (at least for a while).

When you look up advice on accent, a lot of the tips are for how to “improve your accent”. This bothers me somewhat because it implies that certain accents are better than others. I don’t believe that this is true. There are many different modes of speaking, and each has its place.

Instead, I prefer to offer tips to “reduce” an accent.

Here are a few tips to help you reduce your accent:

1. Shadowing // This is a technique where you mimic a native speaker. The idea is you repeat what you hear as quickly and as closely as you can to the original. You can find videos demonstrating this technique here.

2. Work with audio resources often // The more you hear a language, the more you tune your ear to its rhythm and pronunciation. The more familiar you are with how it sounds, the better you will be at producing it.

3. Speak often // When you speak a new language, you’re training the muscles in your mouth. You need to learn to produce new sounds and new combinations of sounds, and the only way to get better at this is with practice. So if you’re goal is to reduce your accent, speak often!

5. Find the right audience // When your aim is to get language practice with someone who will understand you even with an accent, you want to find someone who will be used to hearing different accents. Someone on the street is going to have a harder time understanding you with a strong accent than a language exchange partner or tutor who have likely had more exposure to different accents. So the best place to find someone to chat with is through a language exchange site.

When it comes to accent, what matters most is finding the time to do more listening comprehension. The more exposure you have the better you’ll do in understanding and being understood.

Personally, I find accents to be a positive thing. They are a part of who you are and can be a great conversation starter. As someone who’s shy, having an accent is a great way to get the ball rolling. The people that I talk to are curious about my accent and where I’m from. It’s an easy thing to talk about and a great way to get to know people.

What are your thoughts on accent and accent reduction?

I’d love to hear from you in the comments.