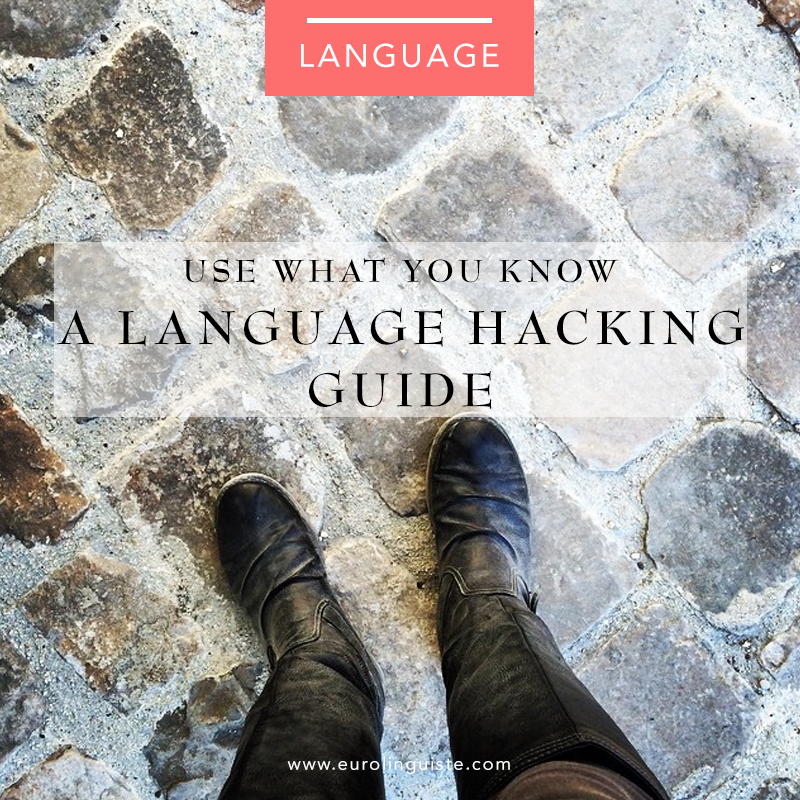 We all have different goals when we learn a language. For some of us it is to read a novel by a favorite author in its original language, for others it may be to enjoy a television series or comic, but for many, it is to use the language in conversation.

Learning a language is like opening a door to a new culture, a new place, a new history, and new friends. Conversing in our target languages is an inspiring goal to set, but we’re often embarrassed at our mediocre language skills and wait to use it with native speakers until we’re “fluent.”

But fluent is a fluid word – it means different things to different people. So how do you really nail down when you’ve passed the barrier that determines when we’re fluent and when we’re not?

[Tweet “Fluency is a fluid word – it means different things to different people.”]

The truth is that we can’t. My experience has been that I don’t realize it until after the fact. After I’ve had conversations in the language that I’m learning. It is only then when I realize, “wow, I just survived that and didn’t make a complete fool of myself.”

But the only reason I even came to that realization was because I was already using and conversing in my target language. I wasn’t waiting for perfection to begin using it in front of other people (and believe you me, I did that in the past and it got me no where).

How do you use a language when you don’t yet feel as though you could hold a conversation in it comfortably?

You use what you know.

But that means you need to know something.

You can’t go into a conversation blind, hoping that the words or sentences will just come to you, you need to do some preparation first.

Benny Lewis of Fluent in 3 Months preaches to “speak from day one.” I agree that we should begin speaking as soon as possible, but it doesn’t necessarily have to be day one.

We need to do a bit of learning and preparation beforehand.

The way that most language textbooks teach languages is pretty useless, so let’s ignore those resources for now. Start with something like a free lesson on Pimsleur, or Assimil, or even Google Translate. The latter may not be 100% accurate, but it’s free and it will get you going. The other two each break conversations down and give you the information you need over time.   You can also use tools like Duolingo or Memrise to help you build your vocabulary.

I could continue to discuss how to start out, but it’s certainly been covered fully in the past, so instead, I’ll share a few links with you and move on to when we hit that dreaded intermediate level plateau.
+ Speak in a Week from Benny Lewis

We all hit a plateau in our learning at some point and it’s usually after we’ve passed the “beginning” stage of our learning. Whether it’s language, music, writing, or any other skill, we have all phases where we improve, where our learning seems to stagnate, and where it, dare I say it, even regresses somewhat (usually after a looooong break).

Regression is easy to explain as it’s usually our fault for studying or practicing incorrectly, not doing so at all, or lack of interest. It is either frustrating in a way that can motivating, or we feel indifferent.

Plateaus, on the other hand, are not easy to explain. They are arguably the hardest stage in our growth to get through.

A plateau is learning’s way of saying “congratulations, welcome to the intermediate stage.”

[Tweet “A plateau is learning saying “congrats, welcome to the intermediate stage.””]

And that stage is certainly an awkward one. It’s where we really need to begin using the language, but we don’t quite feel comfortable enough to get through an entire conversation. We still make far to many mistakes to be considered an advanced speaker and it often feels like we aren’t making any progress.

But the truth is, our progress, more often than not, hasn’t actually hit a plateau. We’re still improving. The problem is that it is often too small for us to see. It is only when we look back at the bigger picture that we can see the progress that we’ve made. When we’re in the middle of it, we just don’t see it.

We’re still busy comparing it to the stage we just came from, but you shouldn’t get drawn into this habit. The learning curve is much steeper at the beginning level. Every little thing we learn stands out and shows improvement. At the intermediate stage it’s less obvious, and at the advanced stage it’s almost imperceptible.

Even if this is the case, however, we should do what we can to help maintain the momentum our language learning saw in its early stages. And the best way to do this is to use the language.

Fake it until you make it.

Use what you know.

By the time you’ve arrived at the intermediate stage in a language, you should know enough vocabulary to get by. You may not speak anywhere near perfect, but the point is to speak.

Here are a few techniques I’ve used to survive conversations before my speaking and comprehension skills really caught up with me:

1. Write it down. For every language I’ve learnt thus far, my reading and writing have improved far more quickly than my speaking. I’ve had conversations where my friend/family member/acquaintance would speak to me and I would respond by writing down my answer. There was just something about writing it down that helped me process my thoughts in the language that was foreign to me. It might seem like an odd way to carry on a conversation, but it keeps it moving, so why not?

2. Speak in circles. When you don’t know the word for something, find a way to describe what you’re looking for. For example, let’s say you don’t know the word for clean (like I did). I explained that the clothes were “not dirty.” It was an interesting way to express what I was trying to say, but it got my point across. Try to come up with as many ways as you can to talk around the word you’re looking for. Your partner can usually deduce what you’re trying to say and provide you with the word or phrase you were looking for.

3. When all else fails, use hand gestures. My god-grandfather has a hilarious story about when he needed to ask where the restrooms where while he was at a business meeting in China. He didn’t speak a word of Chinese and had to resort to embarrassing hand signals. The moral of the story is, he found what he was looking for and had a great tale to bring home. It may be embarrassing or frustrating when you’re in the situation, but it won’t seem so bad when you look back on it later.

1. Can you say it slower, please? Sometimes this is all we need.

3. Can you write it down? Perhaps the pronunciation is what throws you off and seeing it written will help you. If you are traveling, be sure to keep a pen and paper with you so that you have this as an option.

[Tweet “Fluency is really about being able to communicate.”]

Fluency is really about being able to communicate. And communication is speaking with another person with them understanding you and you them. If it isn’t “proper” or if you make mistakes, who cares? It isn’t a test. It likely isn’t for work. You’re making it through a conversation! Celebrate the little victories.

Do you have any stories about how you survived a conversation at the intermediate language learning stage? I’d love to hear about it in the comments!