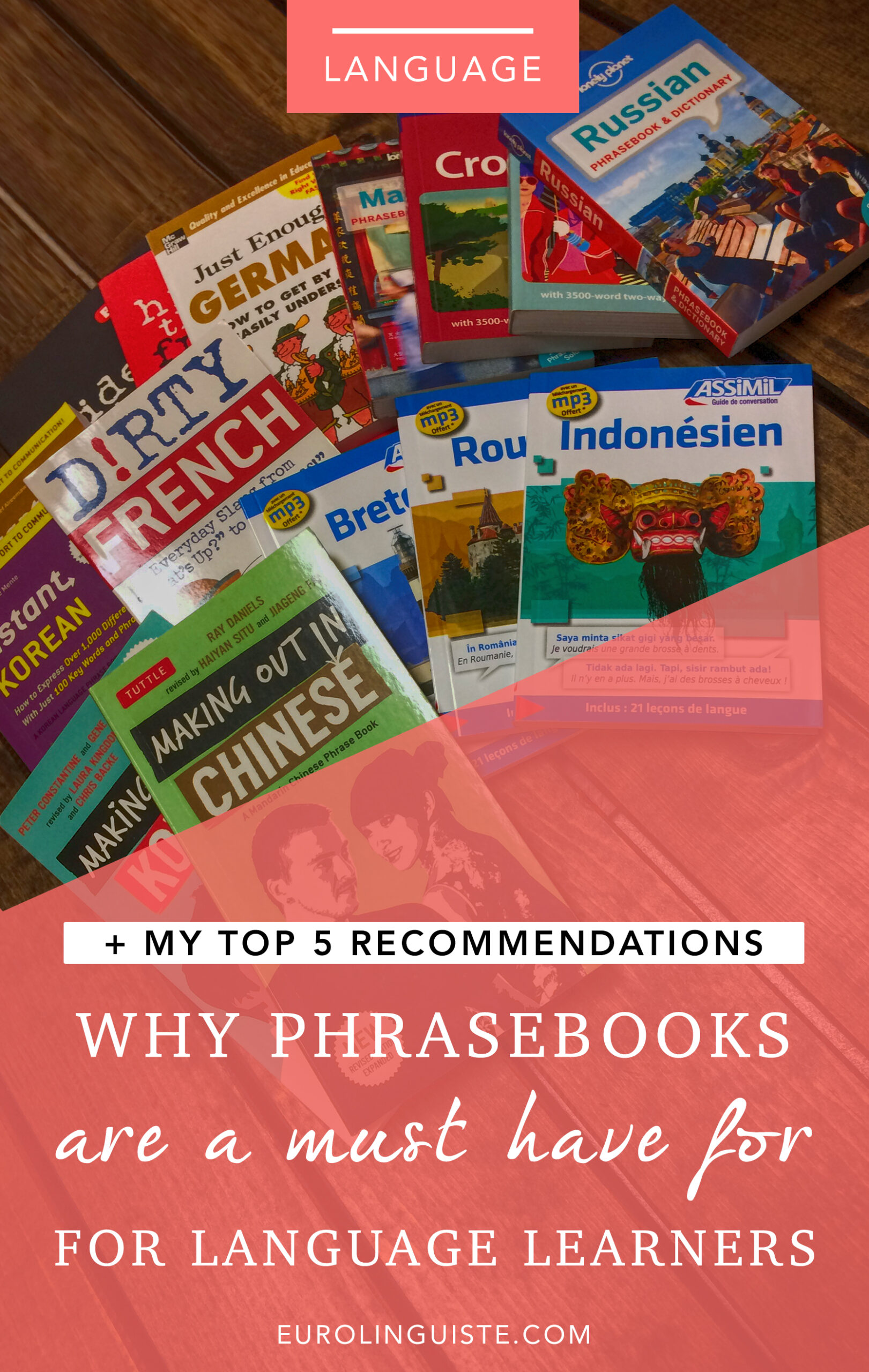 The Summer Palace | Things to Do In & Around Beijing, China

I often talk about time management and how it’s quite possible to squeeze a bit of daily language study into our already busy daily schedules. And while I’ve suggested methods and resources that you can use to do this, I want to spend a moment to focus on one particular tool that I’ve found incredibly helpful as a busy language learner both when I’m on the road and when my calendar’s full.

And that tool is – as I’m sure you’ve figured out from the title of this post – phrasebooks.

Phrasebooks, while often geared towards travelers, can be a great asset to your language learning library. They serve as a quick reference for useful words and phrases, are portable so you can study on the go, and often provide culture and etiquette tips that you just won’t find in a traditional course book.

Plus, they can become a convenient part of your regular study schedule, especially on the days when you don’t have time to sit down and dedicate a solid block of time any longer than ten or fifteen minutes. As ideal as it would be, it isn’t always possible to study language all day every day.

We all have things that come up unexpectedly that keep us away from our language learning. And even if serious daily study was possible, I’m not sure I’d have the stamina to do it anyway. But, just because you can’t study for hours on end, there is still a lot that you can accomplish with consistent study even if it’s only five to ten minutes per day.

Why Phrasebooks are a Fantastic Resource to Keep on Hand

– Their compact size lends to convenient portability.
– There are a variety of publications available that cover vocabulary and phrases from travel to conversational topics.
– There aren’t grammar exercises. Instead, the sentences are given to you and it’s just a matter of reviewing and practicing them to start using them.
– Many of them include a mini dictionary.
– You can use them to point at if you struggle to make yourself understood when speaking.
– They often include phonetics or transliterations of the words and phrases so that you have a better idea of how to pronounce everything. Some even include audio supplements that you can load onto your mp3 player.
– They’re a quick introduction to the language that you’re learning and a great starting point (especially if you’re not sure where to start).
– They are inexpensive in comparison to other resources (most are under $10).

– They are limited. Due to their compactness and their limited focus, you can only get so far using a phrasebook alone.
– They are often geared towards travelers. While there are conversational phrasebooks, the majority of the high quality phrasebooks are available are geared towards those who travel.

I almost always have at least one phrasebook with me. They fit nicely into my saxophone cases or bag (and I’m sure they’d fit into a pocket as well). That way, if I don’t feel like doing a run-through on Memrise or Duolingo on my phone, I can still squeeze in an extra five minutes of language study here or there.

The Lonely Planet phrasebooks make up the series that are most highly recommended by travelers and language learners alike, and understandably so. They have a wide range of languages available as well as several dialects (Moroccan Arabic and Costa Rican Spanish among them).

Five of the languages are currently available with an audio supplement: French, Japanese, Spanish, Mandarin and Italian.

The Assimil Conversation Guides or Guides de Conversation are one of the three conversation-based phrasebooks on this list. Each of these guides can be purchased as a standalone text or with an audio supplement, and this is a huge win in my book. Their books are also available in a variety of source languages – English, French, Spanish, and Dutch – but only for the more popular target languages such as Italian, English, French, Portuguese, etc.

If you speak French, however, an impressive collection of languages and dialects are available to you as a part of this series. They offer everything from Wolof to Canadian French, and Breton to Catalan. They also have a nice selection of Creole languages from Martinique, Guadalupe, Mauritius, and more.

But if the Conversation guides aren’t enough for you, or if you’re looking for a phrasebook in a different language (and from more source languages), even if it’s geared more towards travelers, then Assimil still has you covered. They also have a second series available called Pocket Languages or Langues de Poche. These books, however, do not come with audio supplements and if you’re ordering them from outside France, are a bit pricy.

The Instant series from Tuttle is fantastic and it is organized by theme. There are about 1,000 phrases based on 100 key words included in each guide. The only downside is that they are available in a limited number of languages, namely Thai, Indonesian, Japanese, Chinese, Korean, Vietnamese, Arabic, and Tagalog.

Since many of the languages available use writing systems different from that of English (the source language of the books), the pronunciation or a transliteration of each of the words and phrases is also included.

Tuttle also has a second series of phrasebooks called Making Out In for those looking for something a little more risqué or colloquial. While some of the phrases in this book are a bit “wilder” there are quite a few useful conversational phrases.

And for those interested in a travel phrasebook, Tuttle also publishes a Survival Series.

The books in the D!rty series are fun but a bit raunchy and they probably aren’t for the conservative language learner. While some of the phrases in these books might only be for a select audience, there are several colloquial expressions and useful conversational phrases that comprise each of the books’ content. And if you’re interested in learning slang or cuss words in your target language, then these phrasebooks are definitely for you.

I can’t personally account for the Rick Steves’ Phrasebook and Dictionary series, I do not own a copy for any language and haven’t been able to find it in stores to browse through, but it is the most popular selling phrasebook on Amazon for several languages. Plus, the ratings for each of the books available average over four stars.

The books are only available in five languages – French, Italian, German, Portuguese and Spanish. But there is an edition that includes French, Italian AND German.

How do you use your phrasebooks?

Do you have a favorite phrasebook that I haven’t mentioned as a part of the list? If you do, I’d love to hear about them in the comments.