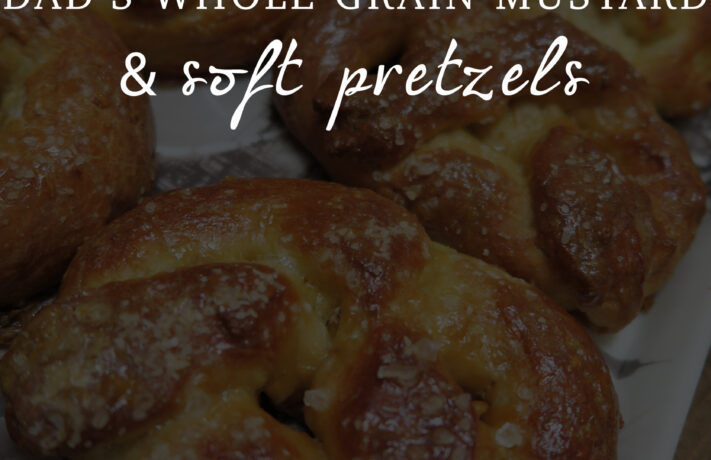 I love soft pretzels. I know they aren’t the healthiest option when it comes to snack foods, but there’s just something about them that keeps me coming back. I know I’m not the only one who is tempted by the enticing smells whenever they pass a pretzel vendor in a shopping center!

So in lieu of indulging in the less healthy options in either the frozen foods section of the market or the stands as I run my errands, I’ve learned to make them fresh at home. But before I get to the recipe, I wanted to share a bit of the story behind this delicious snack food.

Pretzels have a long history – they go all the way back to Europe in the early middle ages. It is said that they were invented by monks as a reward to children who said their prayers, but because there is little evidence proving their actual origins, it’s unsure as to whether or not the story is true.

Pretzels have served as the emblem for baker guilds in Germany since the 12th century and the German region of Alsace (now East France) is known for the earliest depiction of the pretzel. It kind of makes me sad that I didn’t have one while I was there.

Pretzels were introduced to the US during the 18th century and New York, Chicago, and Philadelphia quickly became renowned for their takes on the soft pretzel. As a fun side note, did you know that about 12 times as many pretzels are consumed in Philadelphia as anywhere else in the US? They also produce a whopping 80% of the country’s pretzels!

Do you have a favorite family recipe? I’d love to hear about them in the comments.

Previous post:
How to Start Learning a Language in 9 Steps
Next Post:
9 Interesting Facts About Russian Culture