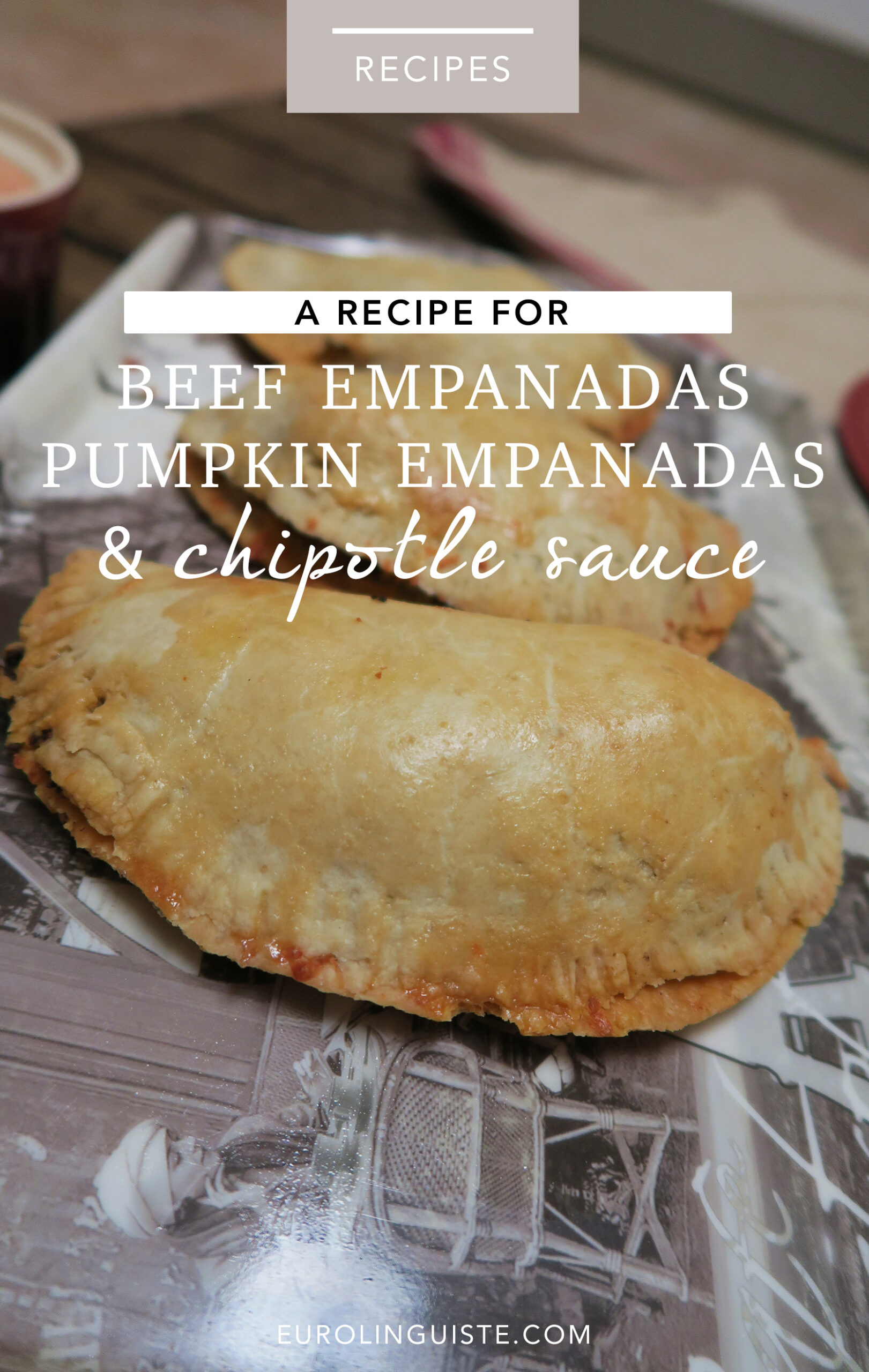 A Review of China Online by Véronique Michel

Beef empanadas, chipotle dipping sauce and pumpkin empanadas are a delicious and complete meal that will have you imagining you’re wandering the food markets in Spain, or sitting along one of Mexico’s beautiful coastlines as you enjoy your food!

This is a recipe that I have thought about doing since our trip to Spain back in April of this year. I had the opportunity to try empanadas for the first time while we were at La Boqueria Market in Barcelona, and I’ve craved them ever since.

I had a few other recipes that I’d already completed queued up for you, but when Shawn T. asked me to share Spanish/Mexican influenced recipes on Facebook, this one jumped to the top of the line.

So without further ado, I bring you the my recipe(s) for Beef Empanadas, Pumpkin Empanadas AND a chipotle dipping sauce.

Do you have a Crockpot? Have you made Korean food? What are some of your favorite recipes? I’d love to hear about them in the comments.