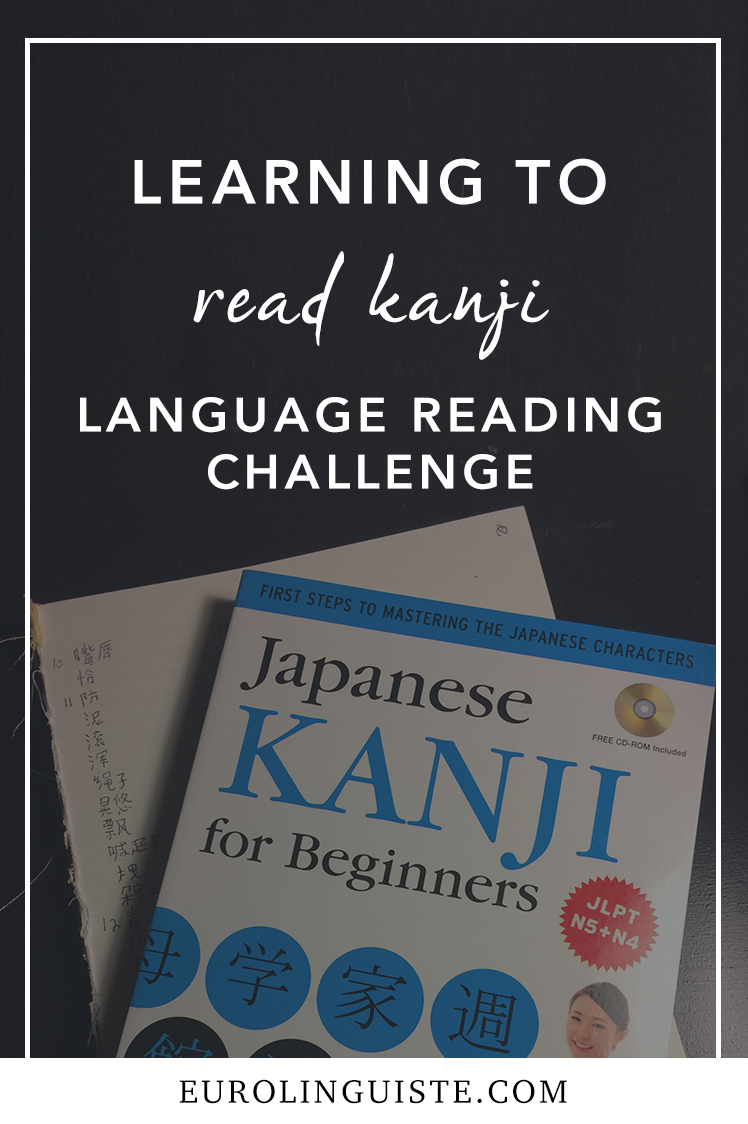 When I decided to learn Japanese, I kept hearing and reading one complaint from other Japanese learners:

“Ugh, Kanji are so hard to learn.”

“Just wait until you get to Kanji.”

After learning Chinese, I wondered why Kanji was such an obstacle for so many Japanese learners. Was it because it was yet another writing system on top of Hiragana and Katakana? Was it because Kanji are harder to learn than Chinese characters as a Mandarin language learner?

Why Learning Kanji is Hard

For me, memorizing characters wasn’t the obstacle. I had already built this habit studying Chinese. To learn to read in Chinese, you need to learn the word/pronunciation and then you need to learn to tie that word and its meaning to a character. They’re really separate. At times, it often felt like I could read in Chinese without knowing the language as long as I knew the meaning of the characters.

With Japanese, this process was similar. I already knew thousands of Chinese characters – at least in their simplified form – so it wasn’t much of a stretch for me to understand what the Kanji I came across meant when reading. When I tried to tie what I read to speech, however, my difficulties began.

For the most part, Chinese characters have one or two common readings. Which means when you see a character, you usually only associate it with one or two sounds. With Japanese, however, you have to deal with both –on and -kun readings. This means that any almost every character has a minimum of two ways you can pronounce it. And it can sometimes have as many as four, five, six, eight or more. Yikes.

It can get confusing to remember whether or not 人 is read nin, jin, hito, or to. When reading, it’s easy to think, “okay, this means ‘man'” but when speaking and referencing something that’s written, well, that’s a different story. For this reason, I often find that I ask my tutors to write everything in Hiragana during our lessons so that my speaking isn’t hindered by the fact I need to stumble through new Kanji readings.

Particularly because, as a Chinese speaker, I already have certain pronunciations or readings associated with the characters I’m now learning through the lens of Japanese.

When I decided to commit to Japanese, however, I committed to learning it to a decent level. Continuing to ignore Kanji and rely on Hiragana and Katakana won’t cut it for me in the long term, so I’ve developed a few strategies for learning Kanji in a way that makes sense for me personally.

Here’s a break down of how I approach learning Kanji:

I learn them as I need them.

Thus far, I’ve found that learning Kanji on an “as needs” basis is extremely effective. I try to do a little bit of reading in Japanese each day, and doing this naturally exposes me to new Kanji. Because I use LingQ to do my reading, I can quickly mark those words and add them to my flashcards to study at the end of my reading session. This way, I only learn the Kanji I’m actually stumbling across. I find this much more manageable then learning a “what if I come across this” list of Kanji in advance.

I don’t spend time learning all the readings.

Again, I learn readings on an “as needs” basis. Because there are so many different readings for Kanji, I prefer to learn just those that I come across. Context makes it much easier for me to memorize the readings that I need, so I feel like it would be a waste of time to memorize several readings outside of any real-life context.

I don’t worry too much about the stroke order.

Whenever I write Kanji out by hand, it’s usually because it’s going into my personal notebook. No one else is going to see it, and if they do, they probably won’t notice whether or not I used the right stroke order. Most of the time, I’m typing in Japanese (at least when other people see what I’m writing), so stroke order doesn’t matter at all.

I accept that it’s an ongoing project.

I will never be done learning new Kanji. It’s an ongoing process that I’ll go through as I’m learning the Japanese language. There won’t ever be a point that I’ve “arrived”, where I’m done learning Kanji. Even when I know several thousand, I’ll still come across Kanji I’ve never seen before. And I accept that.

There are several different ways to go about learning Kanji, here are just a few tips to get you started.

First, and most importantly, be patient with yourself.

I feel as though many learners feel the need to rush learning their first 2,000 Kanji – those on the Jōyō Kanji list (常用漢字), or regular use Kanji. Unless you need to learn these Kanji for an exam like the JLPT, there’s no reason to rush this or cram learning Kanji. Instead, take your time with it and enjoy the process.

Repetition is the key to learning Kanji. But not in the traditional rote memorization sense of repetition. Instead, spaced-repetition (and exposure to the Kanji in multiple contexts) is a great way to go about it. For me, as I mentioned before, I read using LingQ. This allows me to mark the Kanji that are unfamiliar and I can then export this list to Memrise to study using spaced-repetition.

While I write far less than I once did, I still find writing by hand to be an effective part of the learning process. I feel like I better retain what I learn by writing things out.

Furigana is this wonderful, magical reading aid available in a wide range of Japanese materials geared towards Japanese learners AND Japanese native speakers. In short, whenever a Kanji character is used, the pronunciation of that character in that particular context is written above the character in small Hiragana characters. There are comics that also include furigana.

Science Fiction and Fantasy Vocabulary in French: How to Talk About Your Favorite Books in French

I’ve tried out a variety of Kanji tools and resources and here are a few of my favorites:

Japanese Kanji and Kana from Tuttle Publishing // This is my favorite book to reference for Kanji. It includes the most common readings for each character, several vocabulary words that use each Kanji, as well as example sentences and more. I have this book within easy reach so that I can reference it whenever I have a question concerning Kanji.

Japanese Kanji for Beginners from Tuttle Publishing // I found this to be a great, simple introduction to Kanji and I poured through it when I started to tackle reading in the language.

Remembering the Kanji // This is the book that many Japanese learners swear by.

Memrise // Memrise is my favorite flashcard study tool and because they have a fantastic app, it’s always with me. I can study Kanji or other vocabulary anywhere, anytime.

LingQ // For me, reading in a language is a great way for me to not only improve my vocabulary and understanding but have fun in my language. I love reading, so being able to read in my languages is very important to me. LingQ makes this easy.

Jisho // Jisho is an online dictionary that you can use by searching the words in Japanese, romaji or even English. When you search a Kanji character, it shows you the meaning, the readings, and even offers a bit of context for each character.

Why Should You Learn Kanji?

You don’t need to learn Kanji to speak Japanese fluently. In fact, you can get by just fine without ever learning to read them. But…

Being able to read in a language, in my opinion, is an important part of knowing a language. Knowing how to read is an important step, especially after the beginning stages. Many Japanese learning resources assume that you’re learning to read as you learn to speak, so they’re produced under that assumption. If you don’t learn to read, you limit yourself to mostly audio resources which makes the language more difficult to learn.

Plus, so much more is open to you when you are able to read. Whether it’s Japanese material such as books, films, or comics, or a menu at a local restaurant, or even getting around when visiting the country – knowing how to read is a great way to better enjoy your experiences.

Are you learning Japanese? How do you tackle Kanji?

I’d love to hear from you in the comments below.