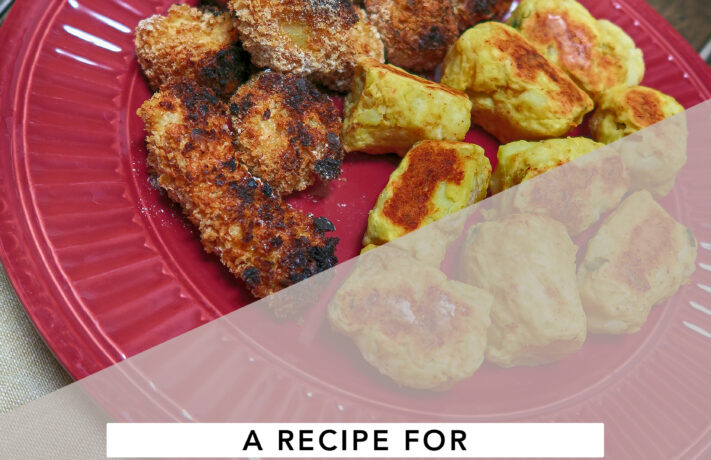 So, this is going to be the first recipe in quite some time that doesn’t belong to a country who’s language I am studying. But… tater tots… Need I say more?

For those of you unfamiliar with this American treat, tater tots are a croquette of sorts, but much smaller and without ingredients in addition to potato. They’re typically fried, but I opted to bake them instead.

Confession, they are so much better fried. And the good news is that this recipe can be fried OR baked.

We had them as a side along with cajun panko cod that I prepared on the barbeque and they made a fantastic pair.

2 lbs potato
1/4 cup flour
1 egg
1 tsp garlic powder
1 tsp cumin
1 tsp paprika
1 tsp curry powder
1 tbsp green onion, sliced
1 tsp cayenne
salt and pepper to taste
Fill a large pot with water and set on stove until boiling. While waiting for the water to boil, wash the potatoes and cut them into thirds. Place them in the boiling water and cook until a fork slides into them without resistance.
Preheat oven to 450 degrees Farenheit.
Drain the potatoes and run water over them so that they cool. Place them in a large bowl and mash them. Season with garlic powder, cumin, paprika, curry powder, green onion and cayenne. Add in egg and flour. Mix well.
Form small cylindrical shapes about one inch long. Line them up on an oiled baking tray. Add salt and pepper to taste.
Place them in the oven and cook for about 30 minutes or until golden brown. Serve warm with the condiments of your choice. You can also parboil the potatoes and grate them with a cheese grater rather than fully cook them and mash them to get closer to the original tater tot. I mashed them because it was more convenient.
Any tater tots can be wrapped up and stored in the freezer for later.
Previous post:
What Should I Study to Learn a New Language? Next Post:
Why You Shouldn’t Let Perfectionism Get in the Way of Learning a Language