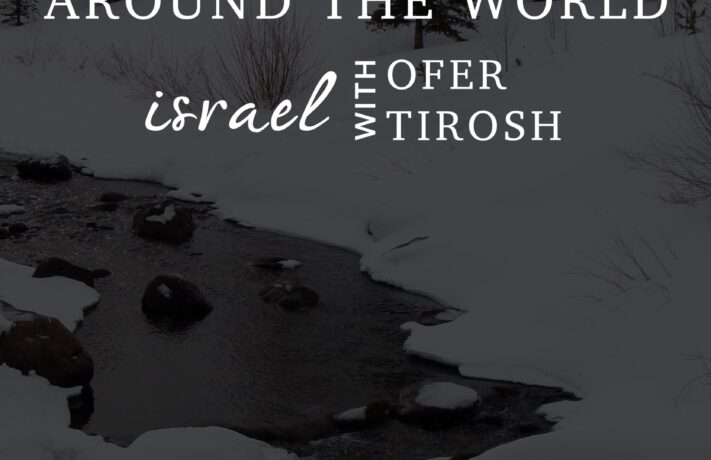 About the Author // Ofer Tirosh is the founder and CEO of Tomedes, a translation company that started out of a true passion for linguistics. Tomedes offers translation in a number of languages including Spanish, Hebrew, English, Chinese, Thai and more.

Hanukkah, the festival of lights, is a holiday that marks the beginning of winter (in Israel, at least.) As such, it has everything you might look for in a wintery celebration: candles, a heroic backstory and lots and lots of carbohydrates.

The warmest holiday of them all

‘Hanukkah’ is Hebrew for inauguration – and in this case, the ceremonious rededication of the second Holy Temple in Jerusalem. It’s a classic story of freedom triumphing over evil oppression, of the courageous few defeating the system. Hanukkah revolves around the Maccabees, a group of Jews living in Jerusalem under Greek (Seleucid) reign, who decided to rebel against king Antiochus IV. Antiochus ran a tight shift which forbode Judaism. He tried to force Jews to ‘go Greek’; Yehuda HaMaccabi and his men went to war and re-conquered their temple; and light won over darkness. They cleaned it, removed all pagan remnants and rededicated their temple. That’s Hanukkah in a nutshell: heroic, inspirational, heartwarming.

Happily, it’s very much gut-warming too. Hanukkah has two major foods that probably rank very high on any favorite holiday dishes list. The Sufganiyah is a deep-fried doughnut filled with jelly and covered with powdered sugar. Or at least it used to be jelly; these days you can find them with chocolate, dulce de leche and many other variations. If it’s sweet, delicious and can be made into a thick liquid, it exists in a Sufganiyah. Then there’s the Leviva, which you might know as latkes. It’s a shallow-fried pancake made of potatoes and sometimes other vegetables.

Though the holiday itself existed for many centuries, the importance it has today in Israel and in Jewish communities around the world came to be with the rise of Zionism in the 19th century, and even more so in the mid 20th century, when the young Jewish state adopted its symbols of Jewish and Zionist heroism.

Hanukkah in Israel is an 8-day celebration (including many days off from school for children), making it an opportunity to spend time with your family. Holiday traditions in Israel are in interesting combination of ideas borrowed from all over the world – from wherever Jewish communities immigrated to Israel. We spin the Sevivon (dreidel), light candles in the Hanukkiah (Hanukkah Menorah), a nine-branch candelabrum, sing holiday songs and, if the weather permits, travel around the country.

One great recent tradition is Haifa’s ‘Hag Ha’hagim’, holiday of holidays, a festival that celebrated Hanukkah alongside Christmas and Id El Adha and brings together people of all major religions.

Beit Hamikdash בית המקדש. The (second) Holy Temple built in Jerusalem. Hanukkah, Hebrew for inauguration, is named after the celebratory rededication of the temple.

Nes Pah Hashemen נס פך השמן. ‘The miracle of the cruse of oil’, part of the holiday’s ethos – in the temple the Maccabees found a jug of oil that was supposed to light candles for one day, but ended up lasting for eight whole days.

Lehityaven להתיוון. To ‘go Greek’, meaning to adopt local customs in a way that replaces the Jewish religion.

Banu Hosheh Legaresh באנו חושך לגרש. ‘We’ve come to drive out darkness’, a line from one of the holiday’s songs and an expression that connotes good’s triumph over evil.

4 medium potatoes, coarsely grated
2 medium white onions, finely chopped
2 eggs
3 tablespoons flour
1 teaspoon salt
Dash of freshly ground black pepper
Add all ingredients to a big bowl and mix well. Use your hands to create small balls and then flatten them.
Heat oil in a heavy pan over a medium flame. This will be a shallow fry, so a few tablespoons will do.
Fry a few latkes as a time, separated on the pan, for about 4-5 minutes on each side, until golden (but not brown.) Tip: latkes go really well with yoghurt.